How to Cook (and eat) an Artichoke

was born and raised in California, where artichokes grow in many backyards and festivals are held in their honor. I’ve eaten them for as long as I can remember, hot for dinner, or cold for lunch. They have always seemed like the toy of the food world; something about the hands-on way you eat them. But in some places, they’re still considered a mystery; overlooked at the supermarket. Which is a sad, awful dietary and taste-bud-denying mistake.

ometimes I have an artichoke all by itself for dinner, because they’re healthy, filling, low calorie, and delicious. One large artichoke contains only 60 calories, has no fat, and is full of anti-oxidents. It has 14 grams of carb, lots of potassium and vitamin C and lots of healthy fiber. Of course I override all this positivity by dipping them into mayonnaise laced with lemon juice…but hey. 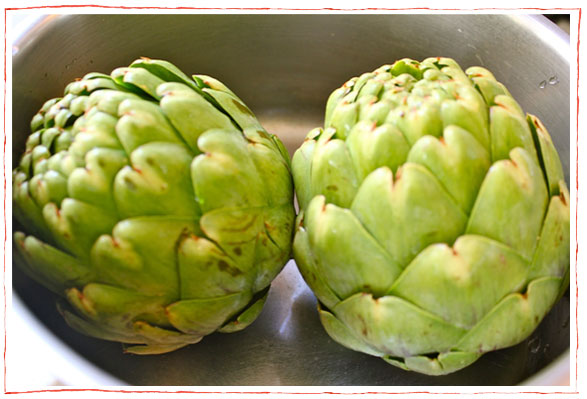 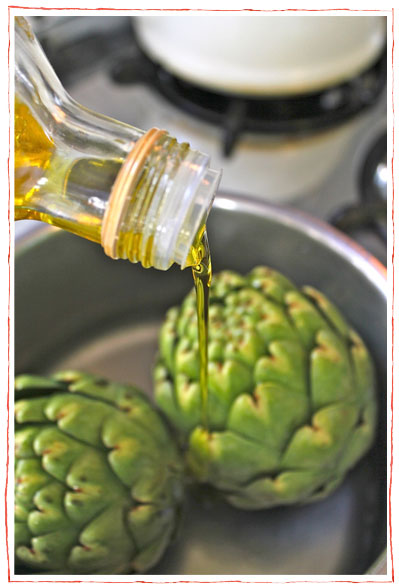 ut off the stems flat to the choke; rinse artichokes under running water, then put them in a large saucepan and drizzle olive oil over the tops, about one tablespoon or so per artichoke, so it gets down into the leaves. 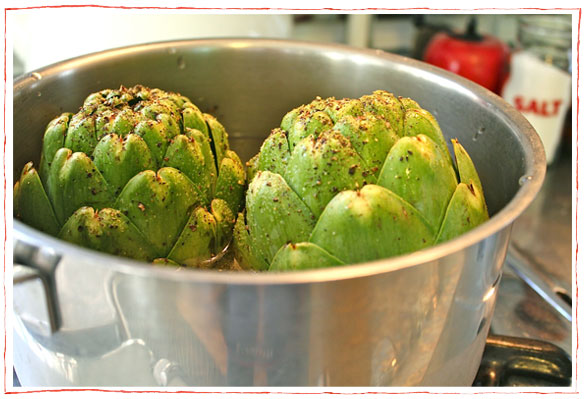 prinkle with lots of freshly ground pepper; fill the pan with water; put in about a teaspoon of salt; cover the pan; put it over high heat, bring to a boil, then simmer about a half hour or 45 minutes. They’re done when a fork stuck into the stem-end slides in effortlessly. Undercooking makes for a very bad result, so make sure they’re done. You can pull out a leaf to test; if the meat doesn’t slide off the leaf and melt in your mouth, they aren’t done. 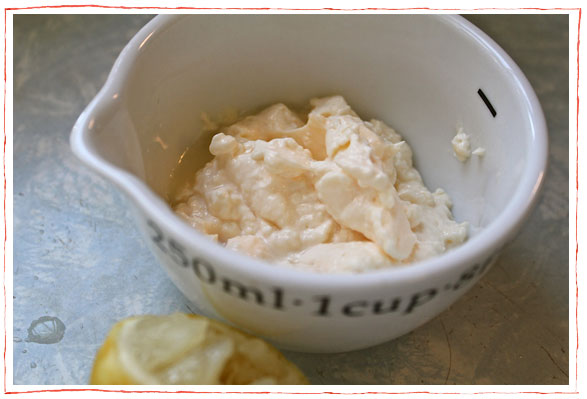 hile you’re waiting you can get the dipping sauce ready. For each artichoke you will probably need around 1/4 cup of mayonnaise. Which is good enough for dipping the leaves in all by itself; but mixing it with a squeeze of lemon juice adds a little something extra. Gilding the lily means you would add Parmesan cheese and tarragon to the mayonnaise. You can make your sauce with light mayo mixed with the extra smooth and creamy Greek yogurt if you like. Some people dip the leaves in melted butter, which is also good, but not quite as good as mayonnaise, in my humble opinion. (Don’t you think the words Humble and Opinion, together, make an interesting oxymoron?) 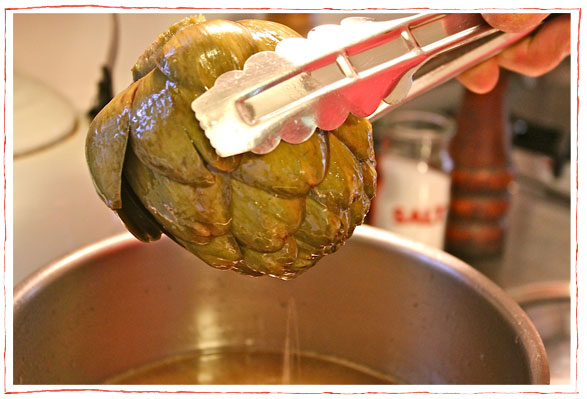 emove from water and drain. Eat hot, or chill and eat later. (I often cook an extra one to put in the fridge.) 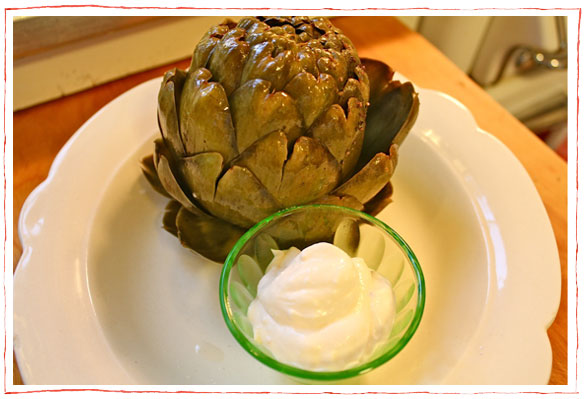 ou’ll want a large plate to hold the leaves; serve with a knife, so you can clean the “heart” when you’ve eaten all the meat from the leaves.

How to Eat your Artichoke

eep pulling off the leaves until they are too thin and flimsy to go on, then pull all the rest of the leaves off and discard. What’s left is this, the heart.

se your knife to separate the “choke” away from the heart…it’s the natural way it wants to go, so it’s very easy to slip your knife around the edge and pull out the choke. The heart itself is very smooth.

ut the heart into quarters, dip into mayo and eat. 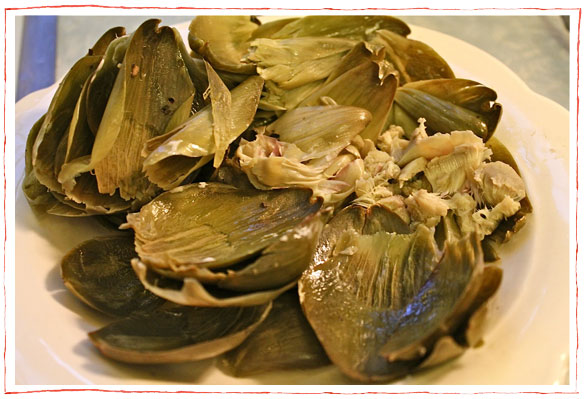 hen you’re finished you have all this good stuff left over to put into your compost heap! It’s a win-win–good for you, good for your roses!
Whole, cooked artichoke hearts can be a wonderful vehicle for sauce — with fish or in a salad. You can buy them canned, but the fresh are a thousand times better and a gourmet luxury because of the work involved in getting them…I like to surprise my guests by using them as a special addition to my Salad Nicoise.