I’ve always been thrilled when I’ve picked up an old book and found a yellowed note or a dried flower, something personal from a previous owner, tucked inside.  Someone put it there; why? I don’t know, but it always takes my imagination on a trip back in time. ♣ So, whenever I can, I put something in my old books, a bookmark, a tiny watercolor, a dried flower from my garden. 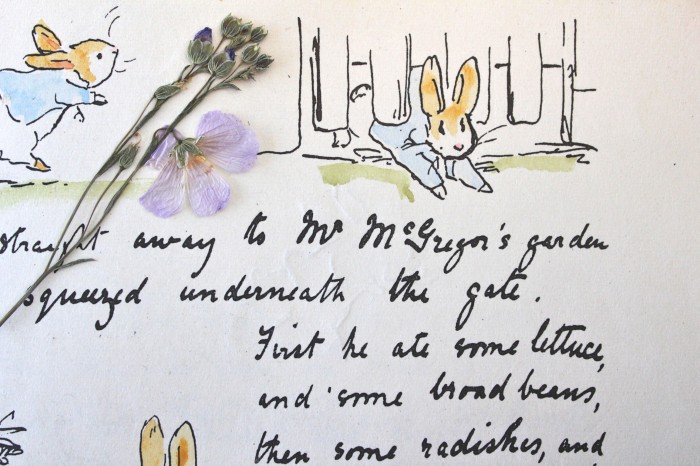 Once I was browsing through an antique store in Vermont and I saw a box on the back of a dusty, dark shelf and started thinking how much I would LOVE it 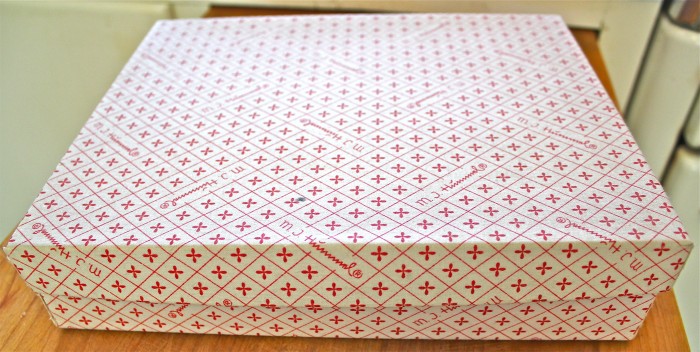 . . . . and instead of being empty, as they always are, how great it would be if this one was filled with beautiful old paper things . . . vintage place cards, menus, gift notes, postcards, old Christmas cards; I dreamed that when I lifted off the lid, it might look something like this: 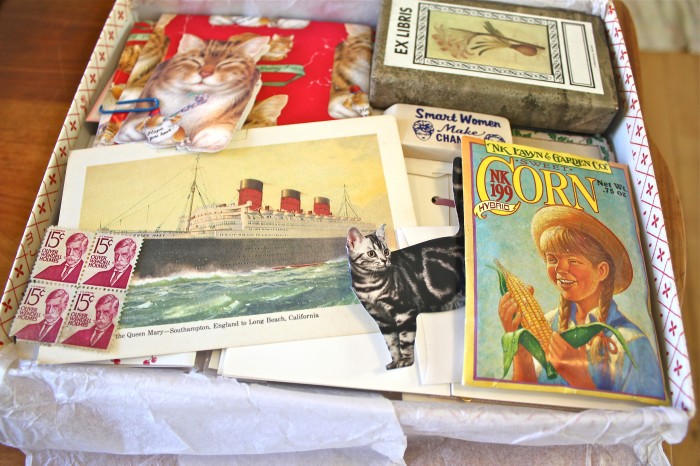 What a find that would be!  Like buried treasure, a time capsule, like discovering a bottle on the beach with a note in it!  I would wonder about the person who collected all that stuff; why did she do it? Where did she live; what did she do; I would look for clues in the box.  I would hope there might be photos or something with her handwriting on it, I would take it apart and examine every little bit. It would be like a diary!  A mystery! 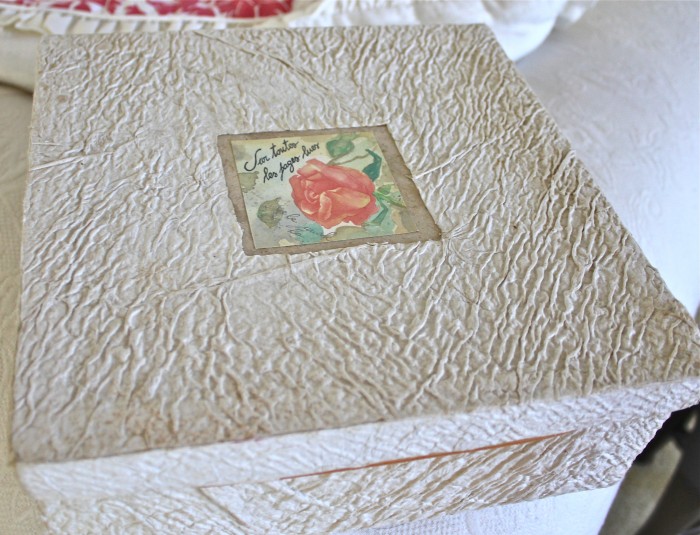 In my heart,  I knew it wasn’t likely to happen. Buried treasure is hard to come by, although that’s never stopped me from examining the floorboards in my old New England house just in case.  But I had opened too many empty boxes in antique stores, and no matter how buried they were, they’ve always been empty.  And I’ve always been just a tad bit disappointed.

So about twenty years ago, I decided I may never find a box full of treasure, but I could make one, just the way I imagined it, the way I always hoped it would be. ♥ I picked out a box I liked, and slowly began to fill it.  I have all kinds of stationery in it now, little bits and pieces I’ve collected over the years . . . almost anything evocative that would fit in a box . . . a wishbone, a bottle of red ink, an embroidered bookmark, a champagne cork with my birthday written on it, small pencil sketches I did for pages of my books, ticket stubs, and postage stamps, they’re all there. 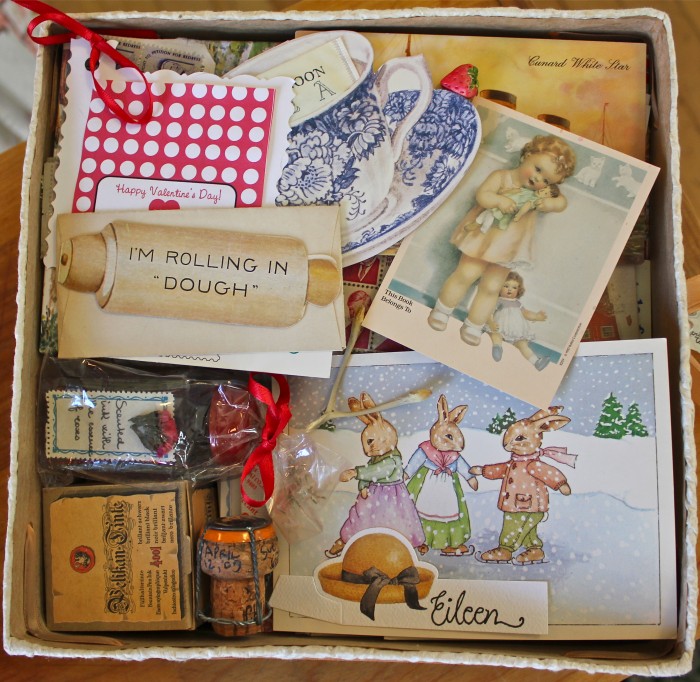 There’s an enamel refrigerator magnet shaped like a champagne bottle with “2000” on it, a seed packet, stickers, old recipe cards, lavender soap leaves, a postcard I wrote home from Paris; I also put in things I found in antique stores that were already old . . . And some personal stuff like this . . . 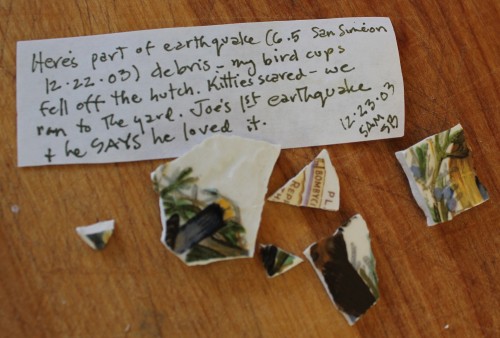 Pieces of a tea cup with birds on it that fell and broke in the San Simeon earthquake in 2003; in an envelope. 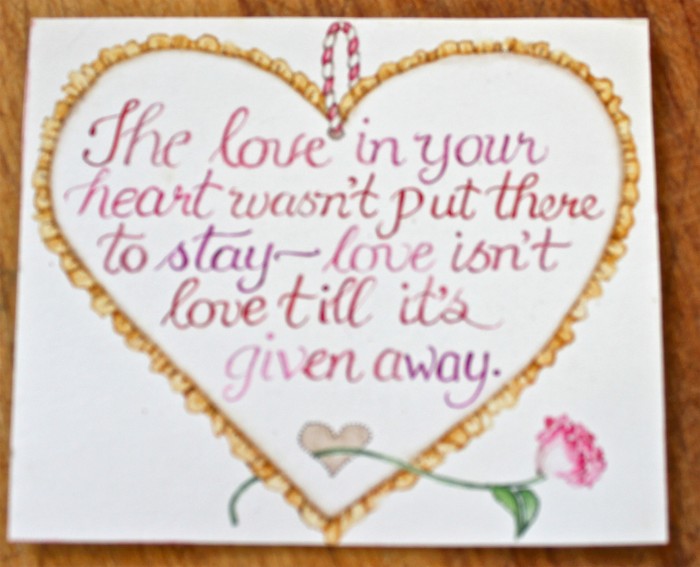 And this little watercolor I did; it was part of a painting that I didn’t like, so I cut off the good part, signed the back and dated it, and into the box it went.

After a while, I had to get another box.  The first one was full.  Now, these boxes are my own little time capsules. 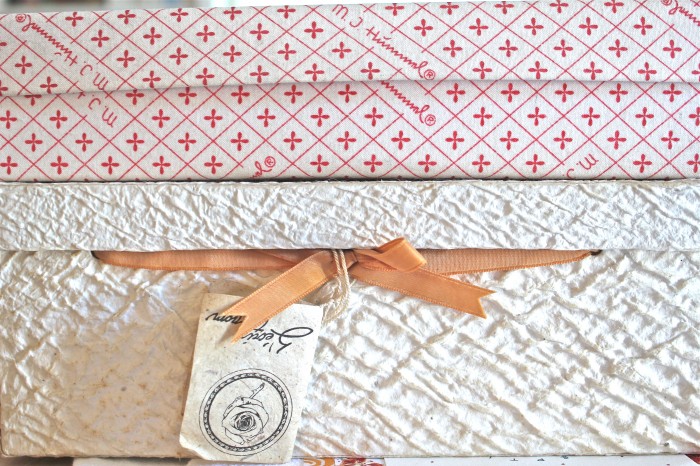 I’m making them for the future.  Like Easter eggs I’m hiding in the bushes for someone to find.  Someday a long time from now, someone will be walking through an antique store wishing she could find a treasure trove, a little magic.  Maybe she will have kids, she will be working too hard, has taken a moment out of a busy day for a bit of escape.  She will think that wishing for hidden treasure is not asking too much.  She’ll see a dusty old box high on a shelf and pull it down, and it will be heavy, her heart might skip a beat, and she will think, is it treasure?  And her answer will be yes. ♥

Now I’m thinking about those loose floorboards in my house . . . hmmmm. 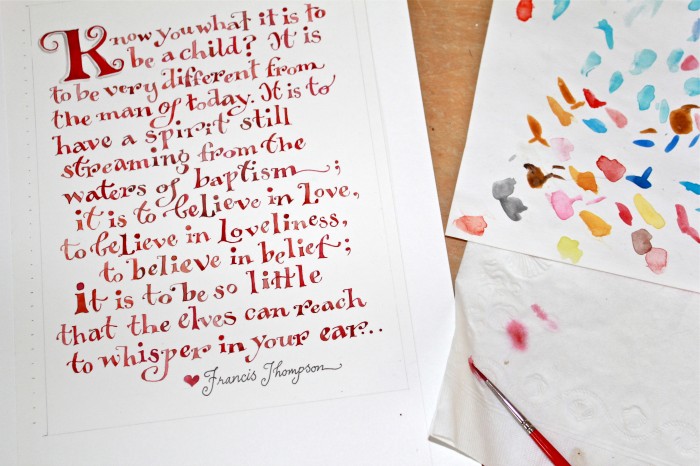 77 Responses to The Legacy 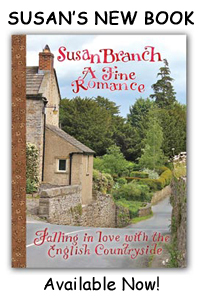