Celebrating Father’s Day with a story for my dad about our 1950’s bomb shelter.   MUSICA?  But of course. 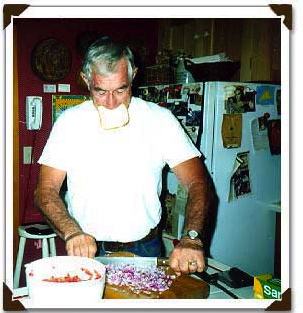 This is my dad. Lots of you know him because he reads this blog all the time and leaves wonderfully helpful and instructional comments we all enjoy reading.  My dad, as I’ve often told him, is the smartest person I’ve ever known (but don’t tell Joe).  He has the perfect common-sense advice for every problem.  He was my daily “fix” the whole time I was writing our book this last winter; he kept me going with the most positive encouraging words. ♥  His interests range far and wide, from the garden to the kitchen.  He has the happy gene and life holds unending interest for him.  In this photo above he’s in the kitchen of my first little house on the island, demonstrating how to keep from crying while cutting up onions.

I thought I would tell a family story to celebrate Father’s Day.  It’s kind of long, and no one was taking pictures during it, but I dipped into my mom’s photo albums to give you a general idea of the times.  Other members of my family might remember this story differently ~ it comes from my ten-year-old point of view, but I did my best to tell it like it was. ♥

So here we go . . . step into the way-way back machine with me while I set the scene: the year is 1957, I’m ten, the oldest of six children (two more are still to come).  My mom is twenty-seven and my dad is thirty-two.  At this time in our history, in case you are too blissfully young to remember, there was an arms race going on between the United States and Russia. There was much anxiety around the country concerning the threat of nuclear war. Little baby boomers were getting under their desks at school to practice for the emergency.  In 1957, President Eisenhower’s administration had begun promoting the building of home bomb shelters. My dad along with millions of others, took up the challenge. 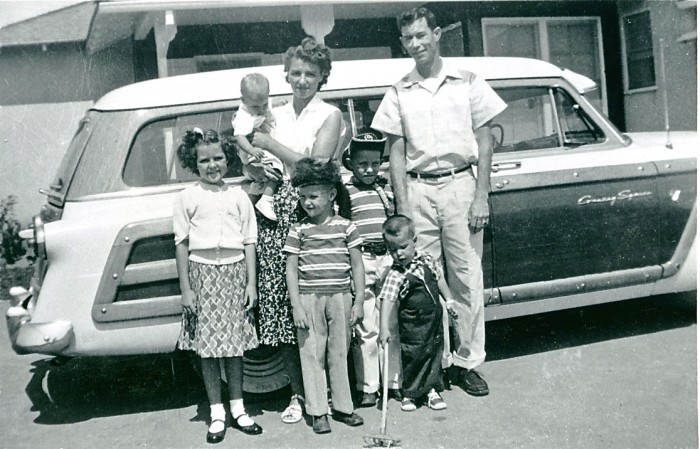 My dad was always making something for our geranium-colored house in the San Fernando Valley in Southern California. As more children arrived, he would add on bedrooms, enlarge the kitchen, plant fruit trees, put in brick flowerbeds, pour cement for walkways and patios.  He built a brick barbecue with a fireplace in it where we could toast marshmallows and grill hamburgers.  He made me a dressing table for my room.  Extremely self-sufficient, he could make or fix anything and because of him, my four brothers can too.

Like everything he did, the bomb shelter he designed was truly a masterpiece of planning and organization.  We gathered around the table one night in our jammies while he spread out his drawings to show us how our cots would fold out from the walls, who would sleep where, including Nipper our dog; how we would cook, where we would keep the peanut butter, the drawer for our games, Candy Land, and Parcheesi; a place for the yo-yos, jacks, slinkies, and coloring books.  We could keep our jammies under our pillows.  It was very exciting, the Coleman lantern we used for camping would be there, we thought it looked fun, that it would be like camping. 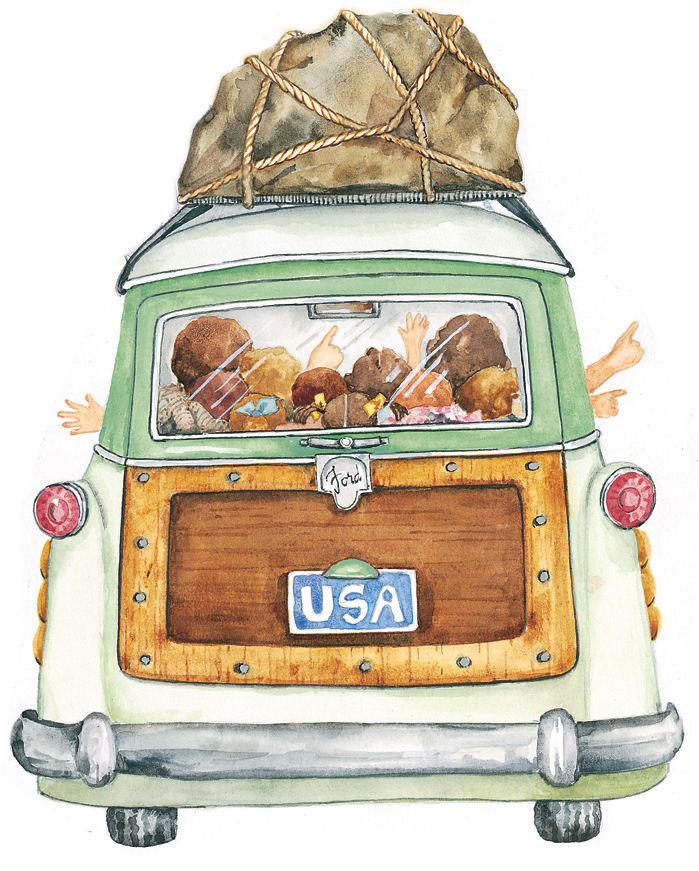 Every day my dad came home from his job at the telephone company and while his children watched the Mickey Mouse Club and our Mom made red Jell-O and tuna casserole with crushed potato-chip topping while feeding strained peaches to the baby, my dad went out back, behind the barbecue, and in the fading evening light, under the plum tree he began to dig the hole for the bomb shelter.

The dirt pile on our driveway grew and grew and was getting to be a problem.  Dad spread as much dirt around to the flowerbeds as he could, but the pile had grown so high on the driveway, he had to get a run at it with the wheelbarrow in order to dump the dirt over the top.  As you can see, my dad would go to any lengths to protect his family, but as he stood in the hole shoveling deeper and deeper he had begun to question this solution to the nuclear threat. All this digging was giving him plenty of time for contemplation.  Sometimes we would hear him singing out there, On the Wings of a Snow White Dove or The Tennessee Waltz. 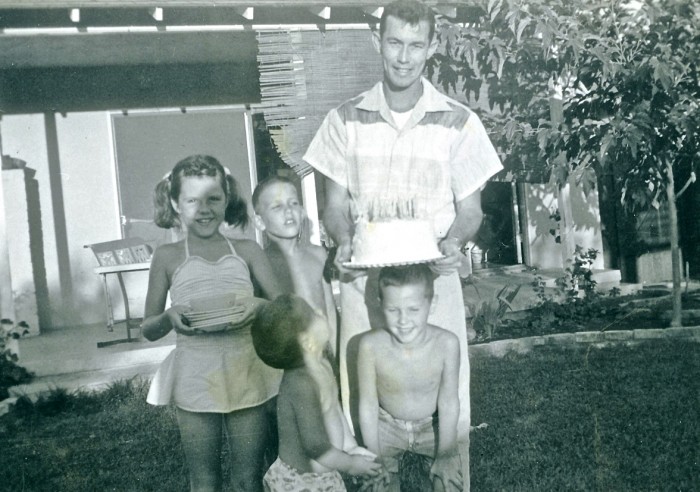 I think this is my dad’s 30th birthday.

There was no way to hide this project from the neighbors, not that we tried, because of the pile of dirt.  Most of the houses on our street had as many children in them as ours did.  It was a neighborhood full of big families which made our summer night games of hide-and-go-seek pure bliss.  Our childhood circuses and plays had many actors with many talents; our sleep-overs took place in the backyard in flannel-lined sleeping bags, seven or eight kids on the back lawn looking up at the stars.  We had someone in our house the age of every kid on the street. Their parents had all been by to look at the hole, staring down into it thoughtfully.  The popular, oft-repeated joke was that Dad would be reaching China soon.

“Dad?” I said, one night at the dinner table, “If the bomb drops (so nonchalant and matter of fact), I told Karen she can come into the shelter with us, OK?”  I was sure that of course my best friend, who lived only two doors over and spent half her life at our house, would be welcomed with open arms.  I was just running it by him.

“Yeah,” chimed my nine-year-old brother Jim, “I told Kevin he could come too.”

“I don’t think so,” my dad said, buttering a piece of cornbread, “there’s not going to be room.”

We looked up at him in surprise.

“Have you two seen the hole?  We all have to fit in there.  There won’t be room for anyone besides our family.”

This was the first time it occurred to me how small that hole actually was.  Six feet by ten, and twelve feet deep.  At that time we were a family with six children, one dog and two adults.

“But, Jack,” my mother said thoughtfully from the other end of the table, “what if Karen or Kevin are here when it happens, won’t we just take them with us?”

I’m nodding, that makes sense.  I turn my eyes back to the other end of the table.

“I’ve been thinking about that,” my dad said, “what about Karen’s sisters?”  Karen had four sisters.  “What if they want to come in? What about the Burrough’s and the Pfennings?  Are we supposed to let them in too?  Shall we build a guest-room hole to go with it?  What do we do if the whole neighborhood comes down here and tries to get in with us?  It could be a riot,” he went on, “we might have to shoot them.”

WHAT?  The people at the table old enough to get the meaning of this gasped in alarm and beginning recognition of some sort of weird truth.  Jim stopped feeding Nipper under the table, Stephen quit gnawing on his spare rib; almost on cue, Paula started crying in her high chair, took her fat arm and shoved her bowl off onto the linoleum; we all looked at Dad.

Our dad went deer hunting every year; we saw him clean the gun; we knew he had a gun.  Was he kidding?  He was always kidding.

SHOOT  Karen and the Burroughs?  My head whipped to the other end of the table to my mother who was scooping scalloped potatoes onto Brad’s yellow Melmac plate.  She glanced up and her gaze landed on my dad with an audible thunk.  Shaking her head, she said what she always said, “Jaaa-aaack!”  When she was making a point, my mom would draw out his name meaningfully like smoke from a skywriting airplane.

In Arf and Arfy, the language she’d learned from the Little Orphan Annie comics when she was a kid and taught my dad so they could talk in front of us, she said, “Darfont tarfalk arfabarfout tharfis arfin fraffont arfov tharfa karfids.” (Trans: “Don’t talk about this in front of the kids.”)

I spoke arf and arfy, and this didn’t help.

My dad shook his head in an It’s not my fault way and used the salad servers to get some roughage for his plate.  “Pat,” he said, “it’s reality.  Do you think we are putting the entire neighborhood in there?  Has anyone here looked at that hole?” 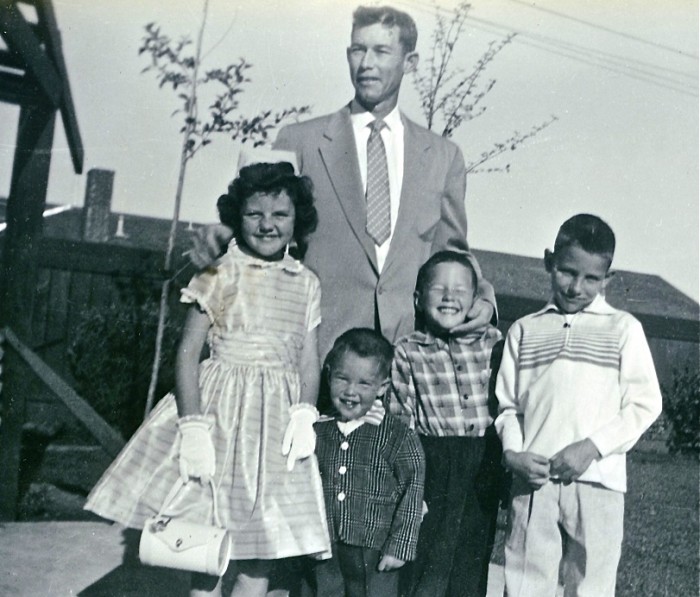 Chastising him with a glance that bounced off the corner of his head like a frisbee, my mom looked around the table at the questioning children who were experiencing a slow intense dawning as we realized, that even though our mom was now fake-laughing at what she was assuring us was our dad’s “joke,” there was a possibility that we would be shooting the neighbors to protect the hole in which we would be living because the air outside was supposedly poison and the house was going to be gone.  This wasn’t at all like camping.

My face must have been reflecting the worry I was feeling.  Up until that time, my biggest fear was that I might accidentally take the powdery stuff off butterfly wings, or step on a bee, or that a dragon fly would zip my mouth closed as I believed they could do.

“Are there going to be dead people all over the ground when we come out?” I asked, having experienced the ultimate appetite suppressant.

“No, of course not.  Don’t think about it,” my mother said firmly, “This isn’t dinnertime conversation.” Her eyes bopped my dad again.  “No one is shooting anyone around here.  Your father is just joking.” She turned to me, “Eat your dinner honey, use your napkin, you haven’t had your starch.”

Like a balloon whizzing around the room, loosing air with that motor-boat noise it makes until it falls flat on the floor with a thwap, that’s the way our family enthusiasm went out of the bomb shelter project.  No words were needed, no family meeting was required, we were suddenly all on the same page.   It was fun while it lasted, but the project was over.  We were throwing our fate to the wind.

My dad would no longer dig the hole for the bomb shelter.  He  seemed good with it.  Now he was free to go dig the hole for the swimming pool, another story and a much more positive project for the whole neighborhood as it turned out.   He went into the living room to eat his ice cream on the floor in front of the TV, watching the Red Skelton Show; rolling with laughter at Clem Kadiddlehopper until tears streamed from his eyes.  This made us all feel much better.  When our dad laughed like that, which he did all the time; everything was right with the world. 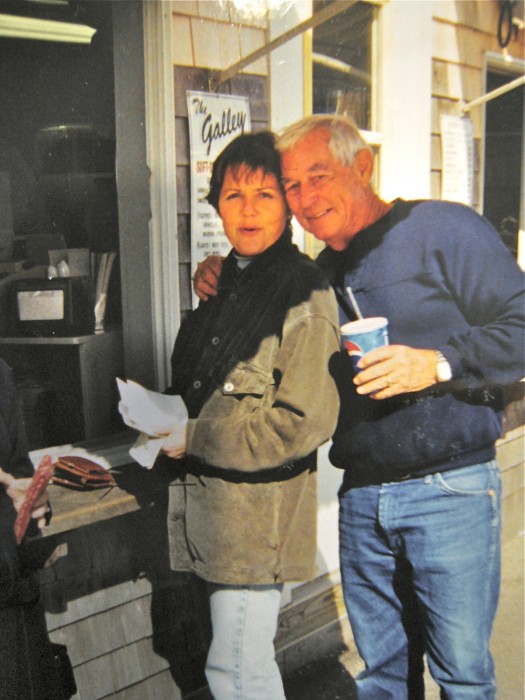 Me and my daddio. 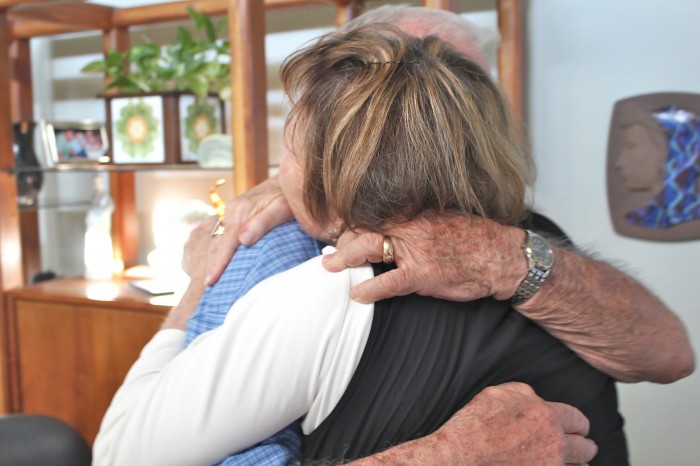 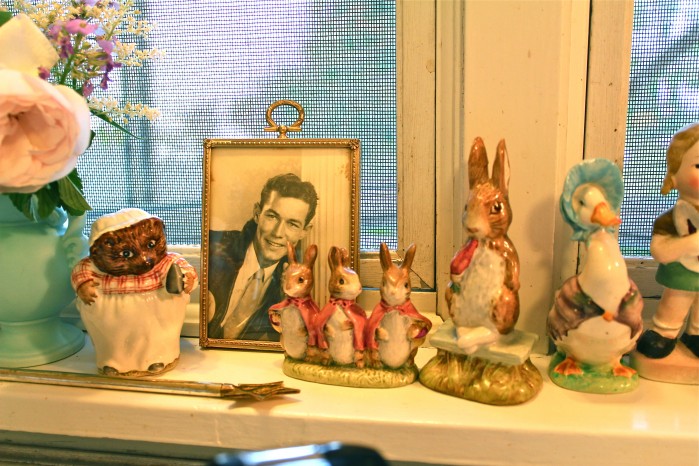 340 Responses to THE BOMB SHELTER