I thought I’d show you my recipe for Rhubarb Crisp.  This is not a fancy dessert, but it’s perfect for a family dinner, wonderfully seasonal, old-fashioned and delicious. And so easy! 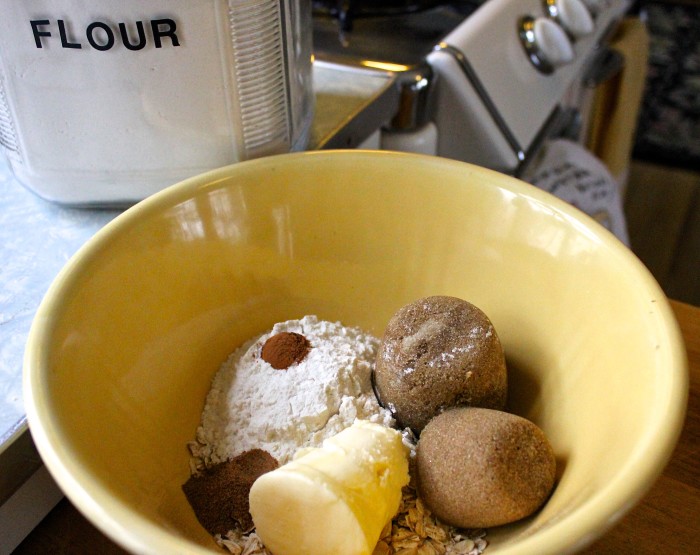 I’ll put the recipe at the end so you can print it out.  First you make the Topping ~ with oats,  brown sugar, flour, nutmeg, cinnamon, and softened butter. 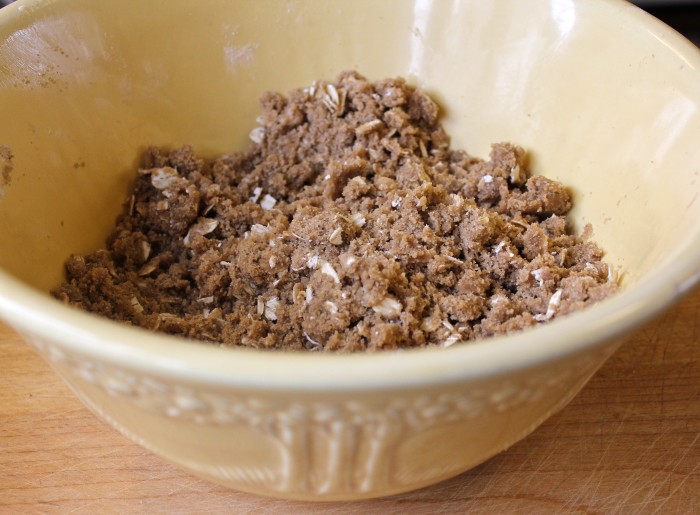 Crumble it together with your fingers until it looks like this, then set it aside.  Wasn’t that fast?  See what I mean? 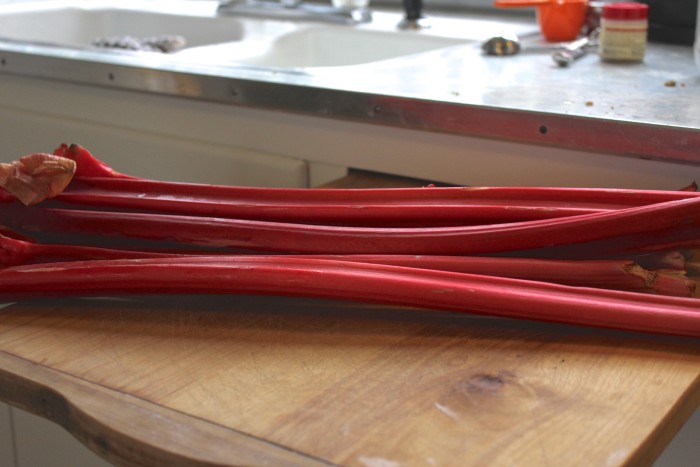 Then you make the Rhubarb Filling   I measured my rhubarb stalks to give you an idea of how much to buy, each stalk was 18″ ~ the recipe calls for 5½c. chopped rhubarb ~ and we used three stalks. 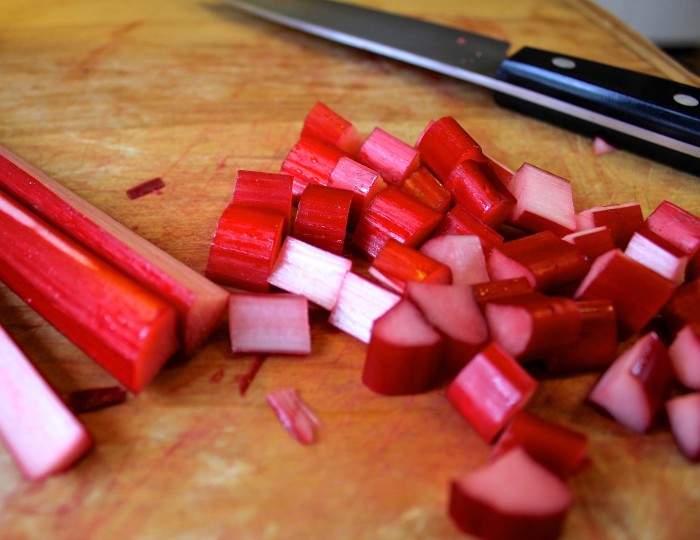 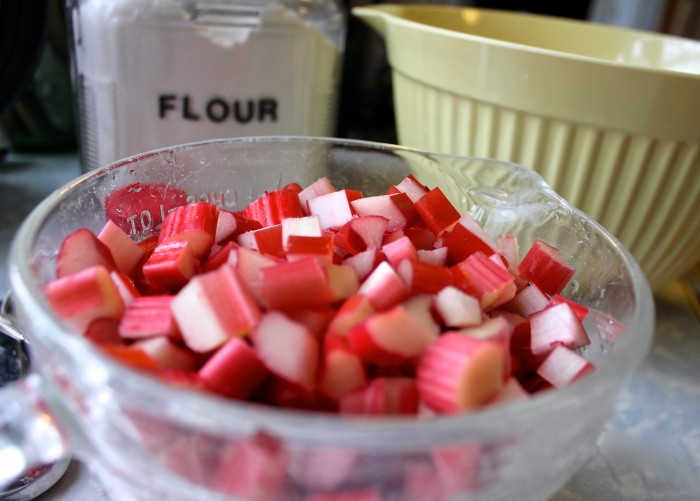 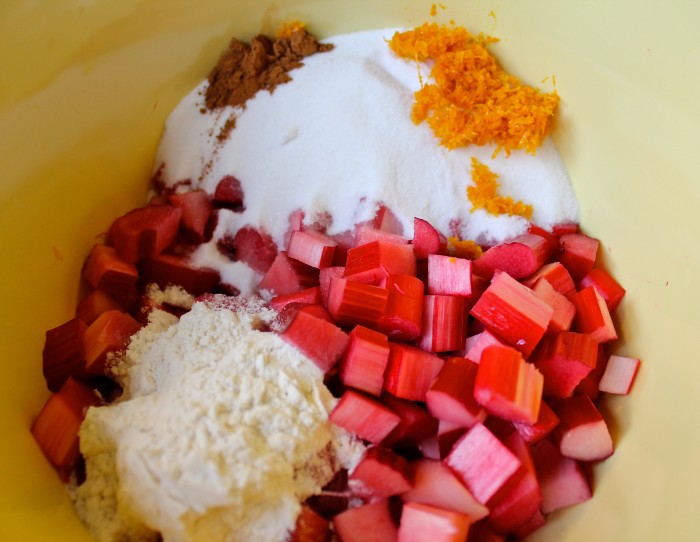 And put them in a mixing bowl, along with flour, sugar, cinnamon and the zest of one orange.  Mixed well . . . 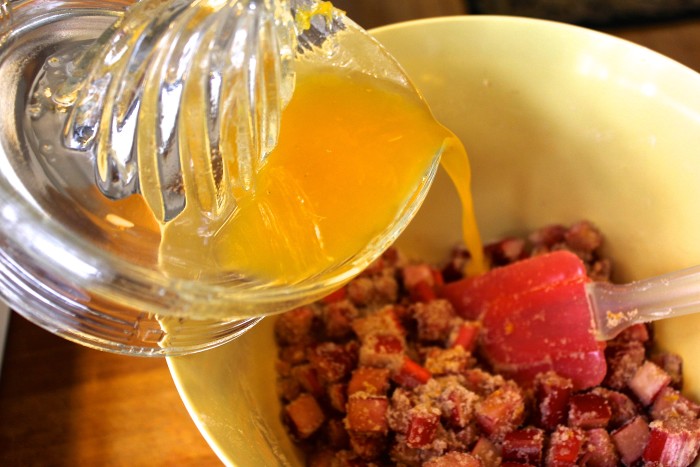 and stirred in a quarter cup of fresh squeezed orange juice. 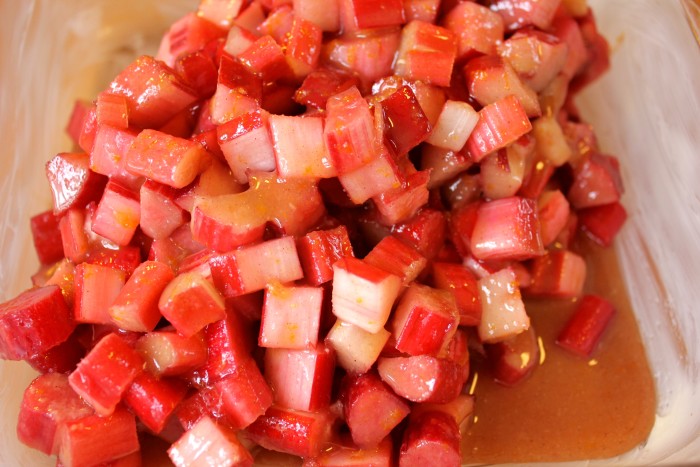 Beautiful!  The rhubarb exuded juices and made a wonderful orangey-cinnamon sauce. 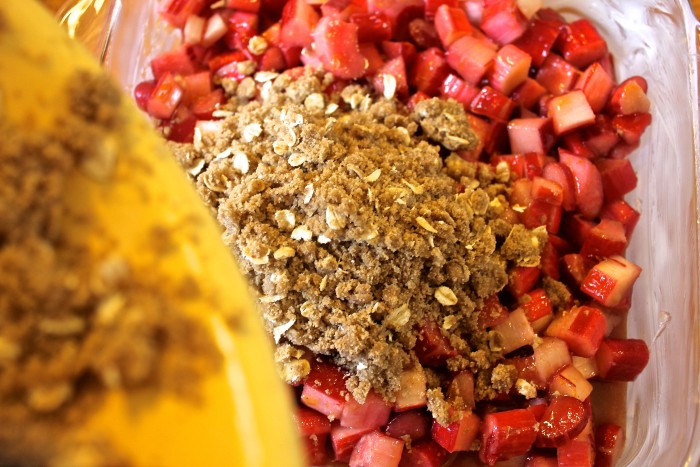 Spread the rhubarb filling into a buttered 8″ square baking dish . . . sprinkle over the topping . . . 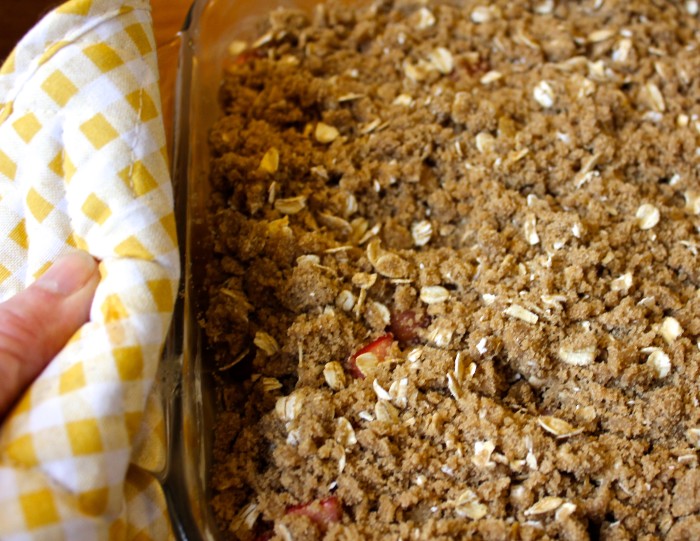 And pop it in the oven for thirty minutes until golden brown and bubbly. 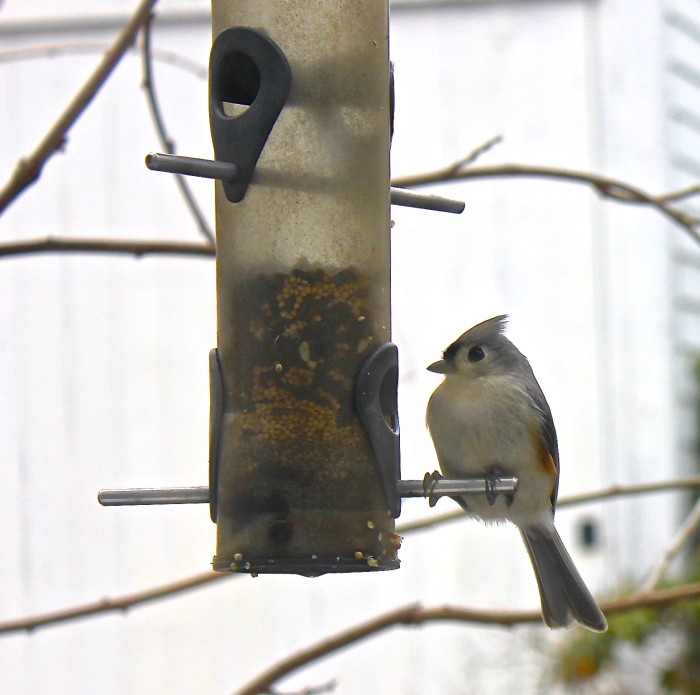 While the Rhubarb Crisp was baking I looked out at the feeders and found we had a visitor I hardly ever see ~ a Tufted Titmouse!  Such a cutie, with those pale peach feathers under his beak and wing and those big round eyes, not to mention the hair-do!  He’s very shy and very quick, zipped in for a seed and right out, fast as a hummingbird. I was lucky to get this picture. 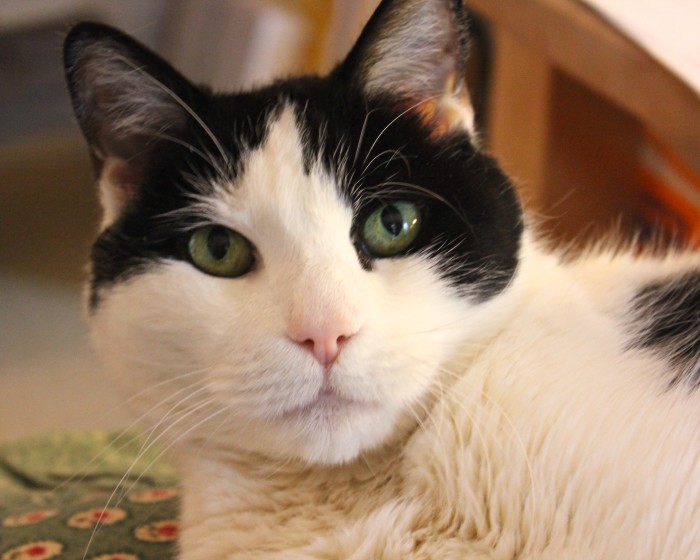 Since I had the camera, I thought, Hello Girl Kitty! She’s shy too, but not so fast. 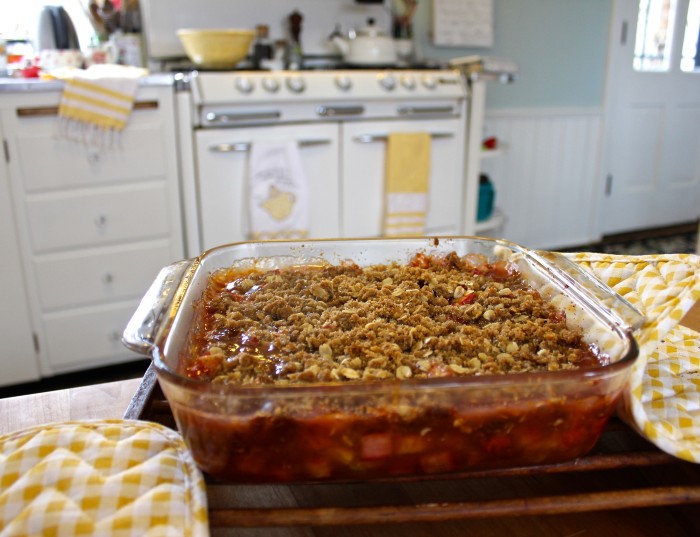 The timer went off, I pulled the bubbling hot crisp from the oven. It made the kitchen smell wonderful and kept it warm for our “spring” day that’s so much like winter it’s really hard to tell the difference. But then, I didn’t really care anymore! 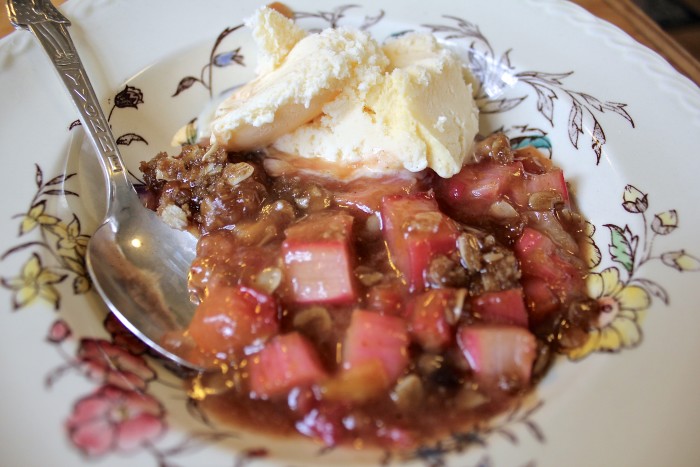 You can serve it hot with vanilla ice cream, or cold with whipped cream.  I made it for a dinner party ~ for our friend Peggy’s birthday. 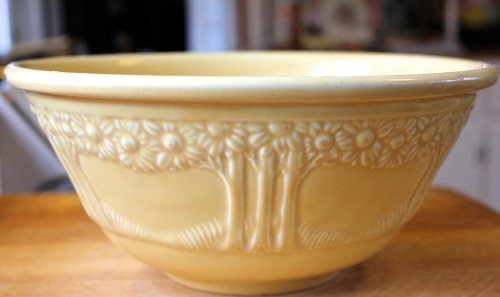 Preheat oven to 375º.  Mix Topping ingredients together in a medium bowl.  Use fingers to make it crumbly.  Set aside and make the . . . 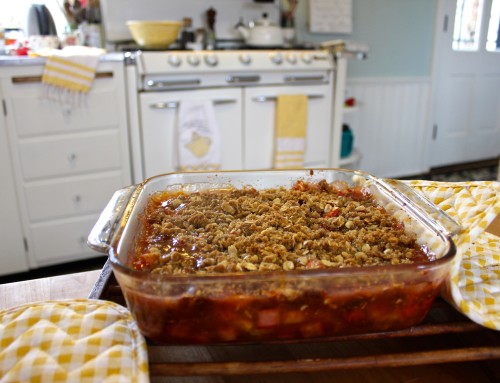