Hang in there Girlfriends, I promise I’m coming.  We have had an Event or party or driving across the state, or radio program or something every single day for over a week.  But today is our last event, at Remnants of the Past — I have to leave in a couple of hours, must get dressed too! I will be back to post some highlights for you very soon!  Here’s one big highlight…a gift from Strawberry Patches Quilt Store in Bakersfield, CA! 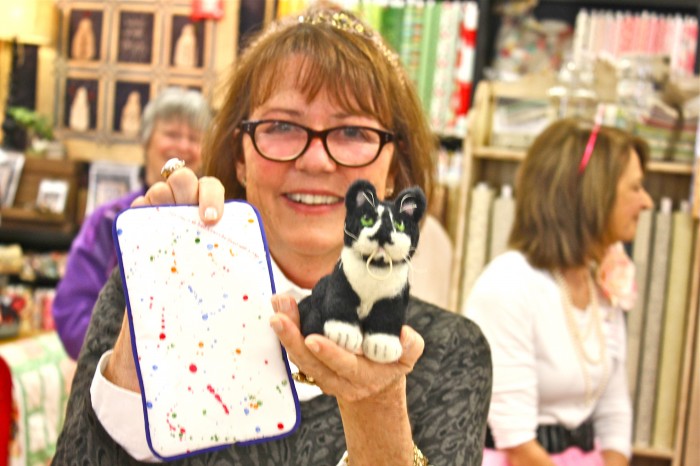 Look what I get to take home with me!  That’s Suzanne behind me on the right in the pink … she owns this wonderful shop and made “Mini Jack” from wool!  He’s felted.  I’m so in love!  See you soon Girlfriends!

This entry was posted in Blog and tagged Mini Jack, quilt store, Remnants of the Past, Strawberry Patches. Bookmark the permalink.