It’s Monday! Why didn’t anyone tell me? 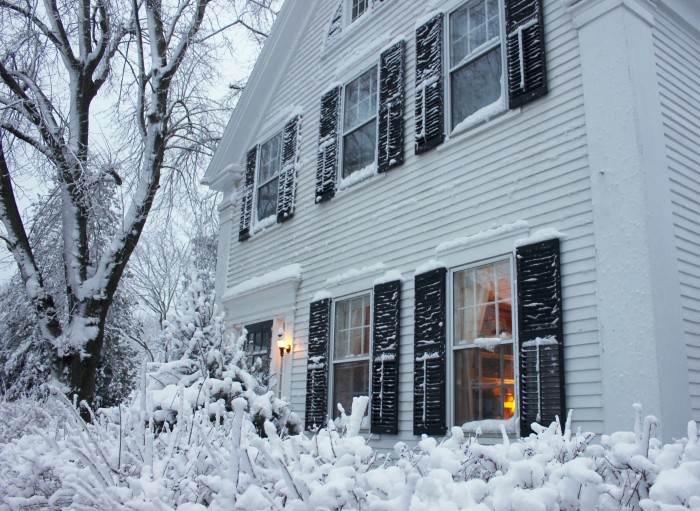 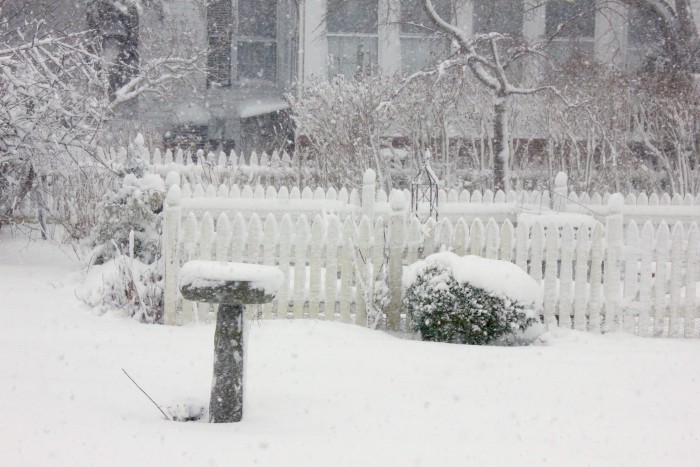 So, guess what Joe just told me?  It’s Monday! That probably doesn’t come to a surprise to you, but . . . 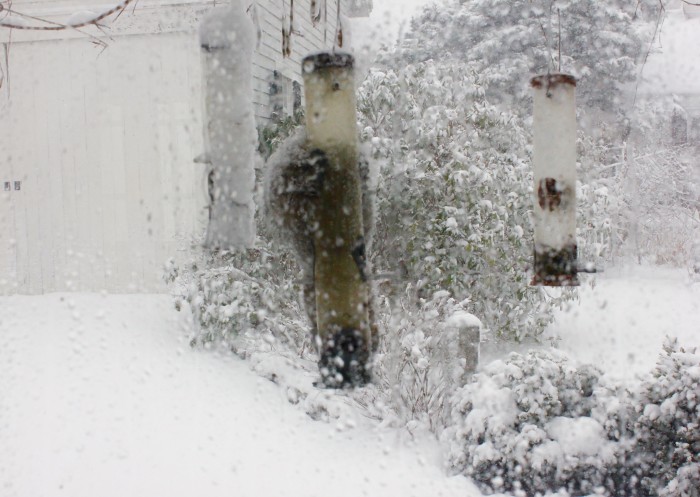 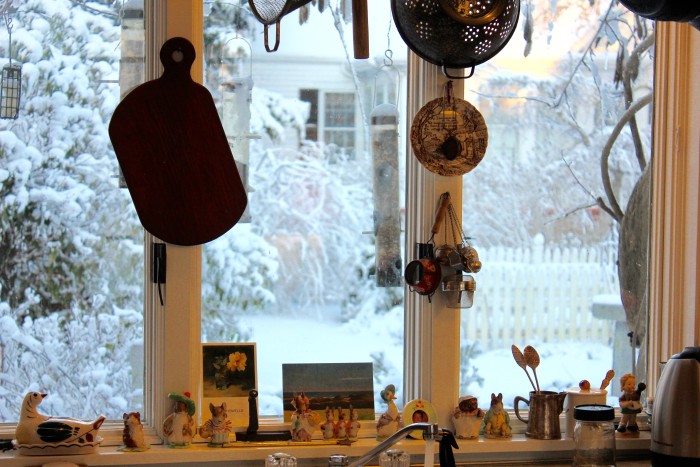 I missed Downton last night!  I just found this out, I was gearing up to see it tonight, and I’m now in a bit of a dither.  Joe saw it, he said nothing monumental happened, that he thought Julian was “stalling.” 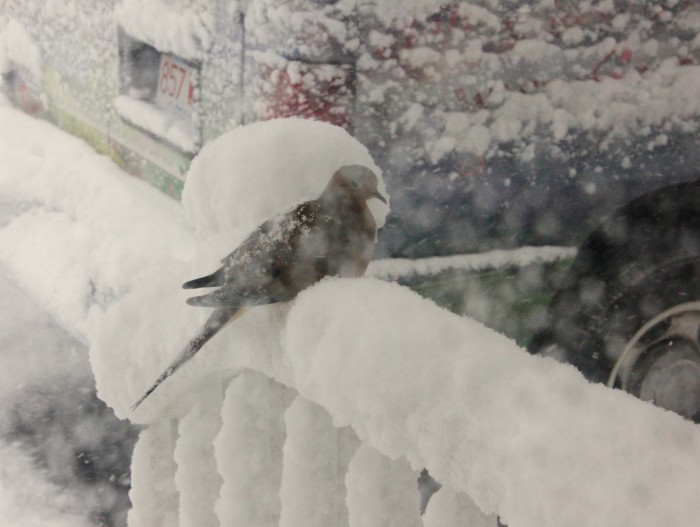 And look, we are in the middle of a blizzard right this minute!  Joe is outside  filling the bird feeders and digging us a tunnel to the liquor store.

We have the best view from our kitchen window, cold on the outside, warm and cozy inside. It’s really a heavenly day!  Wind is blowing!  White flakes blurring the house across the street, big red snow plows going up and down the roads. 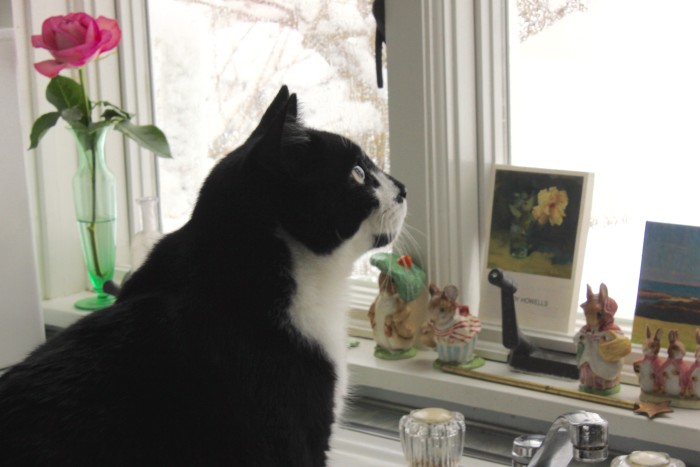 Jack is fascinated by the wildlife around the bird feeders. “Eyes on the prize,” that’s what he is thinking. Prize being fresh squirrel meat. Which he will never have in this lifetime. 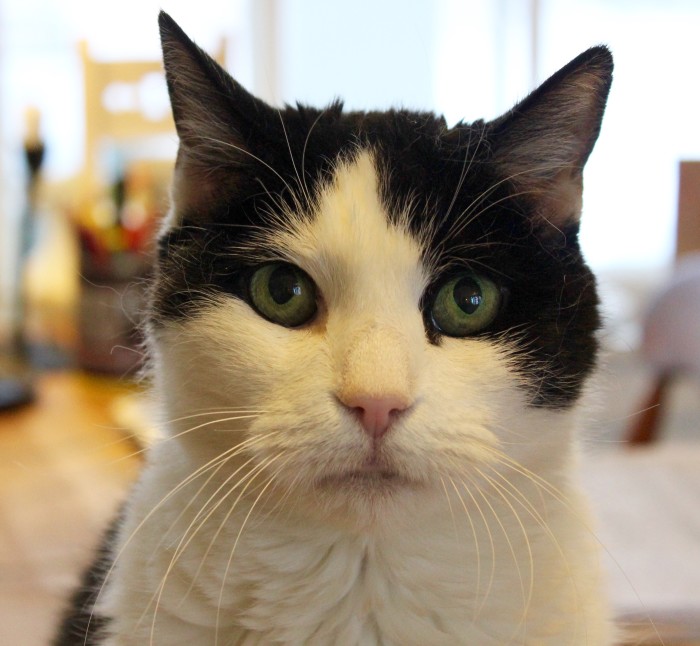 And darling Girl Kitty only worries about where her next meal is coming from. After fifteen years of togetherness, she is still never quite sure. 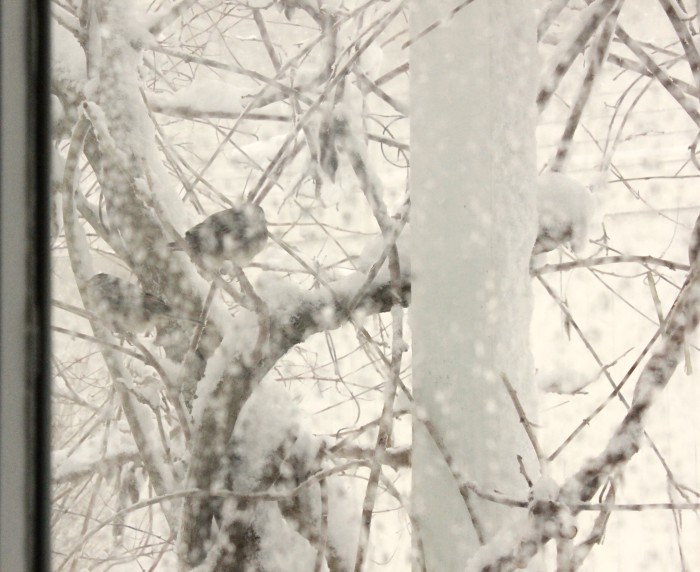 Birds are well taken care of. We have the fattest fluffiest coldest birds in the world right now. 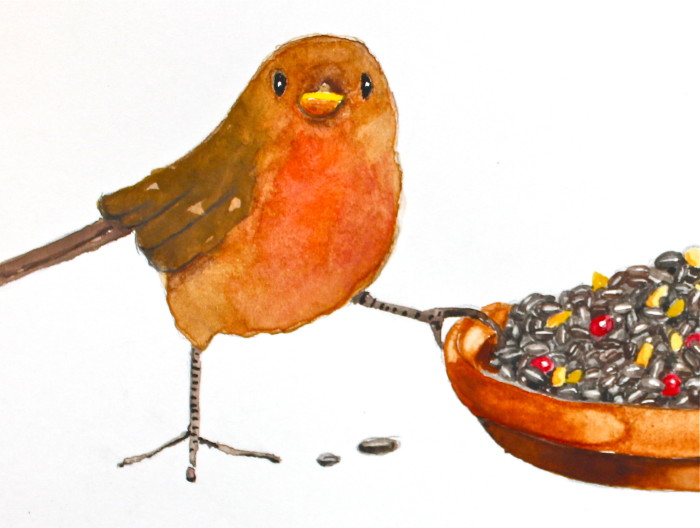 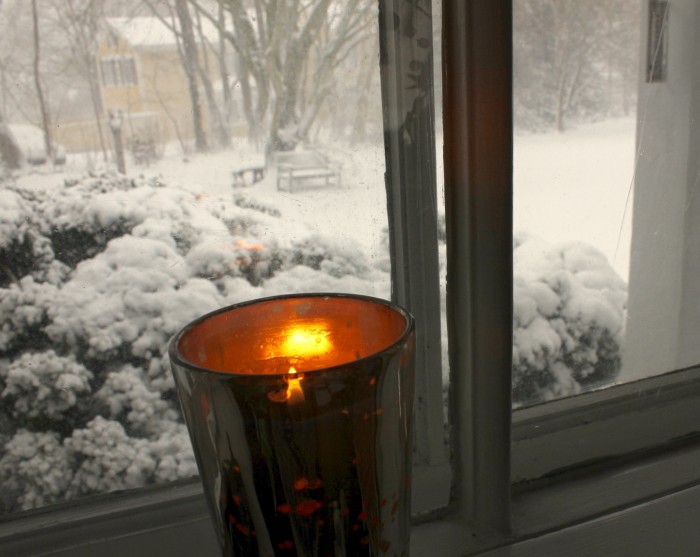 And here is the reason I lost track of time . . . I’ve been on a roll, as you know, trying to finish Martha’s Vineyard Isle of Dreams (which is listed on Amazon as #1 New Release!). Very exciting! And Look! ↓ 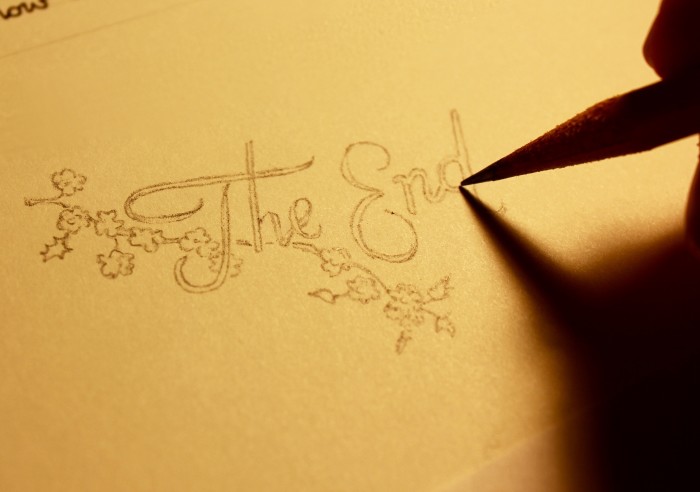 Yesterday, which was supposed to be Saturday, so that today would be Sunday, so I would get to watch Downton tonight . . . 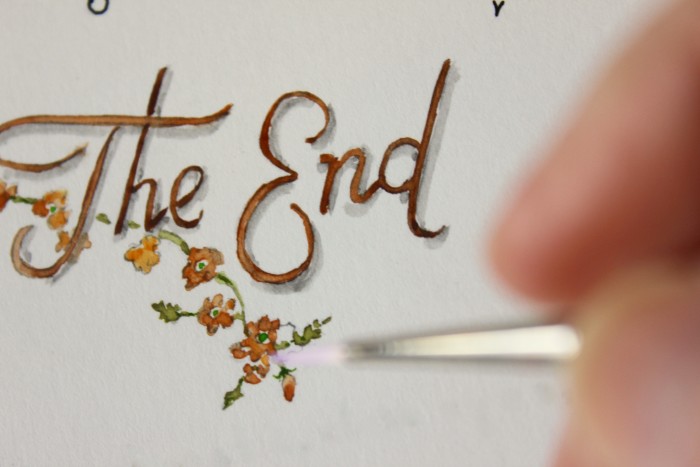 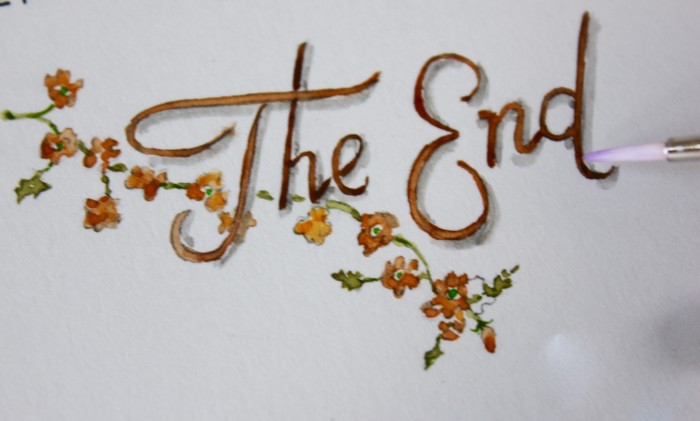 I painted these words on the last page of the book!!!!  Aren’t they beautiful?? 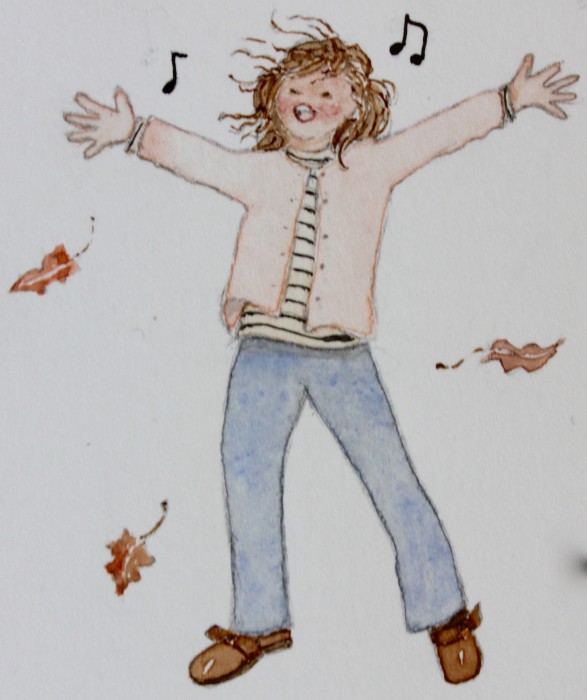 I must have gone delirious after this because, that was it. I jumped around joyfully for a while, it’s really hard to believe after so many months!  But then I re-introduced myself to the real life things like folding clothes and eating dinner and talking and talking with my darling man about our new dream of going to Scotland in the fall. I still have a ton to do on the book. All the corrections, and I have to design the back cover and the end papers and things like that! But it’s so close! 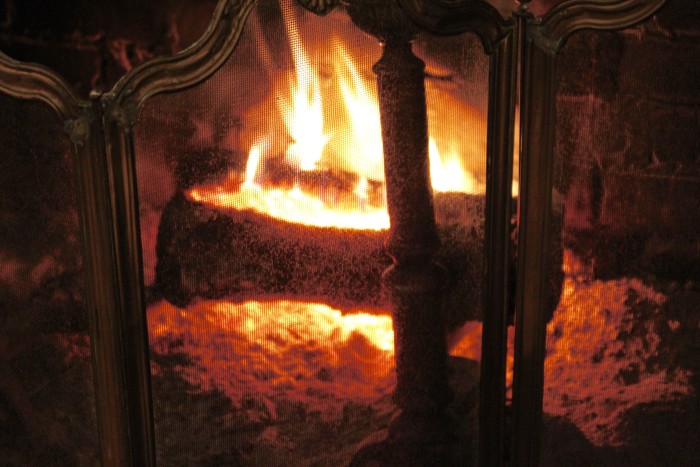 And now, I’ll have you know, because of this wonderful fire Joe made, I am going to the kitchen to make grilled cheese sandwiches, which I will mash with the spatula to make them extra crispy, like this: 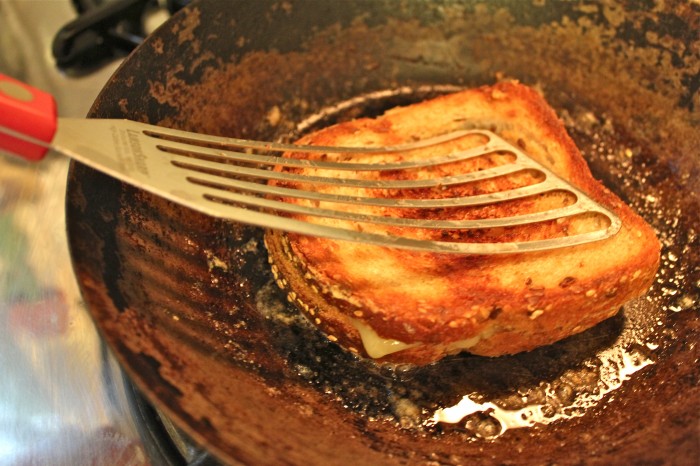 and we will take our sandwiches to the sofa and cozy down in the storm with the throws that my grandma knit and WATCH Downton (yes Joe’s going to watch it again!), luxuriously maybe even twice, con kitty, just forgetting about the world, praying that the electricity doesn’t go out. But if it does, too bad, I will just have to take a nap. Because it’s WILD out there. Someone said we should expect 18″!  I am all for it! 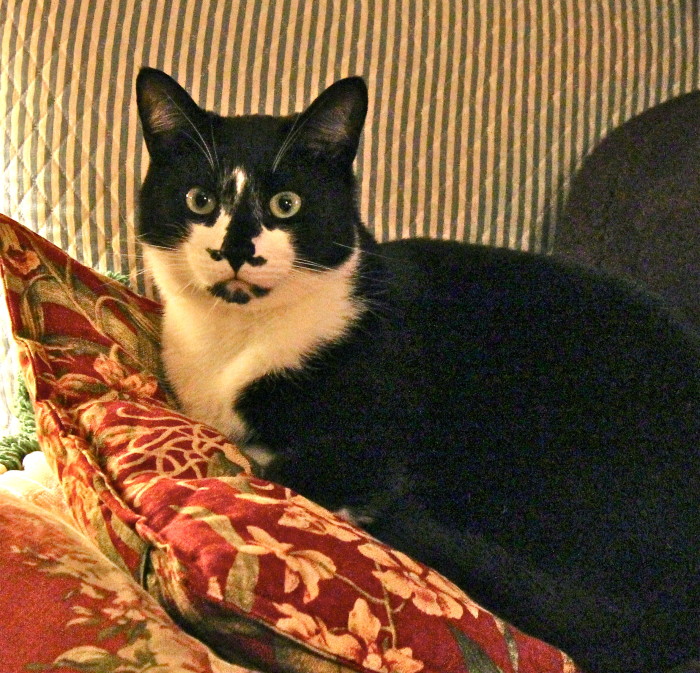 Jack doesn’t care, he just waits patiently on the sofa.  Anyway,  I am so SORRY Girlfriends, that I messed up.  You can go ahead and leave comments about Downton, because I’m going to close the computer, and go watch it right now, and I won’t read anything you say until I’m done, so YOU can basically write the Blog this time! 🙂 And I’ll come back and comment on your comments!  A job for everybody! Love you Girlfriends! Stay warm! XOXO 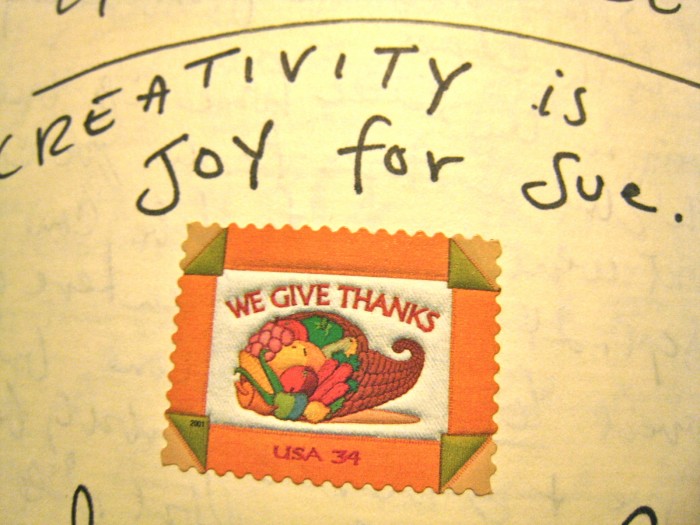 573 Responses to It’s Monday! Why didn’t anyone tell me?