Can’t let a blizzard go by without giving you a report!  Here’s how the day began for me . . .  MUSICA  First thing I needed to do was light some candles so I could find my way through the house. 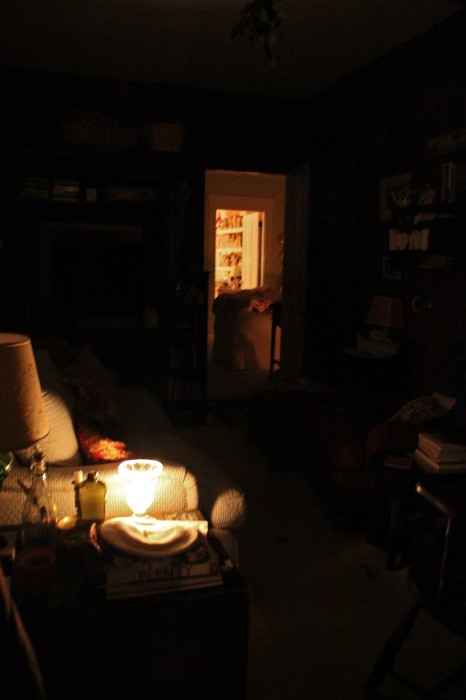 It was obviously not going to be a regular day!  The wind was whistling, the snow was blowing, windows were shaking, there was no computer, no internet, no heat, no light, no toaster, Joe was sound asleep, so I made a fire — with the help of Jack — wearing a wool beret.  Not him, me.  Which isn’t something I usually do, but I think it was almost as cold inside as it was out!  When I walked a cold wind blew in my face!

I made tea on our gas stove (thank goodness for gas stoves!), wrapped up in shawls, Tweeted a little bit on my iPhone which I had charged last night — I knew Twitter would be my only contact with the outside world and it was!  And then I went to work like “normal” — and here is what I learned: not being warm is one thing, but watercoloring in the dark is just plain dangerous! 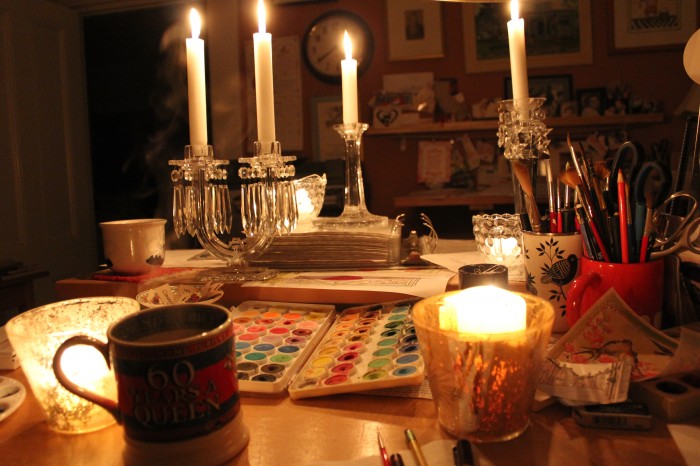 You know that old adage, it’s coldest before dawn?  That is a true thing.  It was getting colder and colder in the house.  And then it started to get light . . . and I could see the snow for the first time . . . 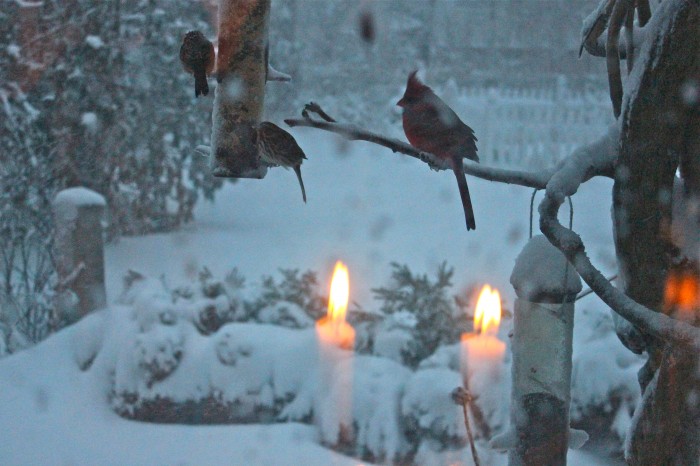 And I could see the poor birds.  They looked like they’d had a rough time of it, their feathers were wet, and poking up on the tops of their heads, even the ones that weren’t cardinals! I felt bad for them. 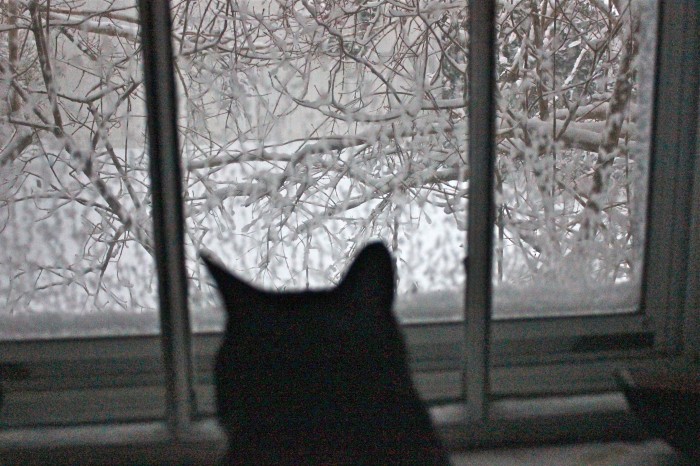 This is Jack’s bird-watching perch in the pantry.  Every twig is covered in snow. 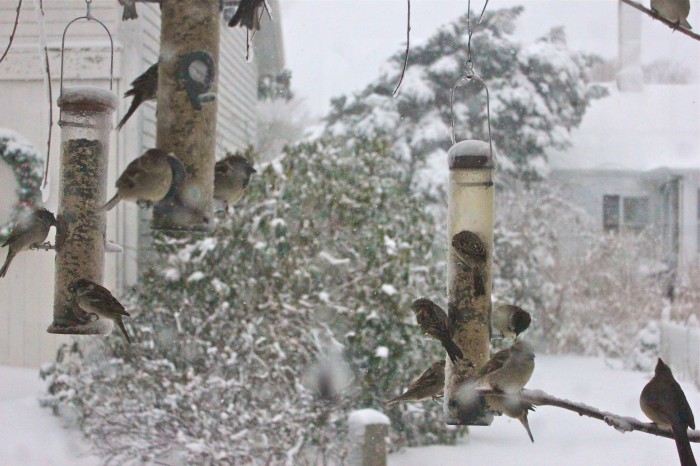 They were having a field day out there. Even on a normal day, it’s hard to go work when there is so much beauty going on in the kitchen!

As you can tell, at this point, I’ve given up on working, and am now concentrating on getting warm . . . 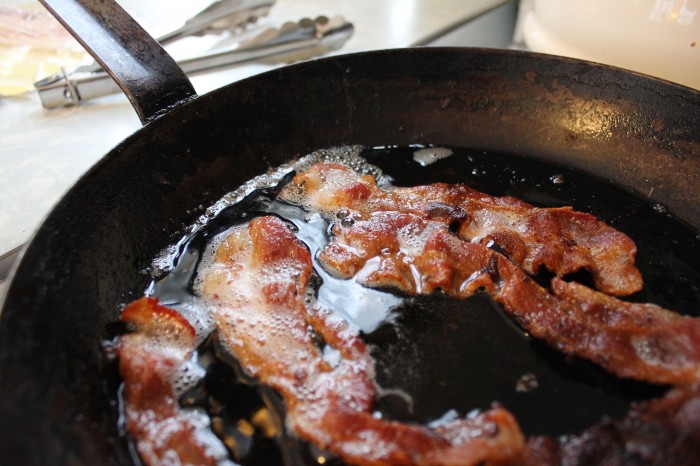 I closed all the doors to the kitchen, and started the bacon . . . 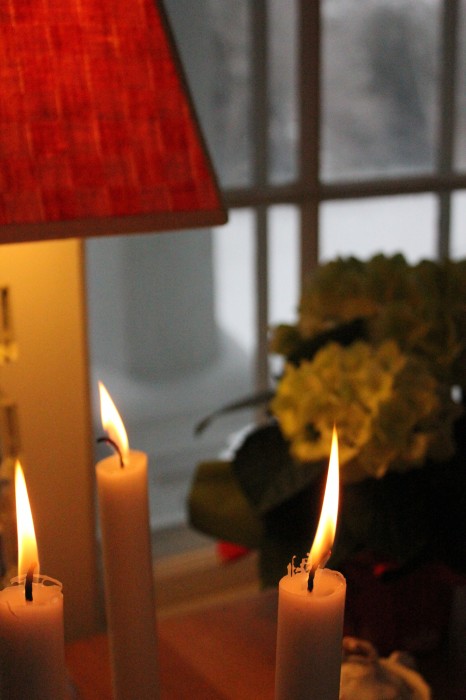 I turned on the oven, and just then, suddenly, the lights came back on!  Then Joe came downstairs.

And we were saved!

So sorry you can’t see Joe…he had such pink cheeks!  I could barely see the cardinal through the viewfinder, but he definitely stands out, doesn’t he?  This is why I call cardinals “Nature’s Valentines.” 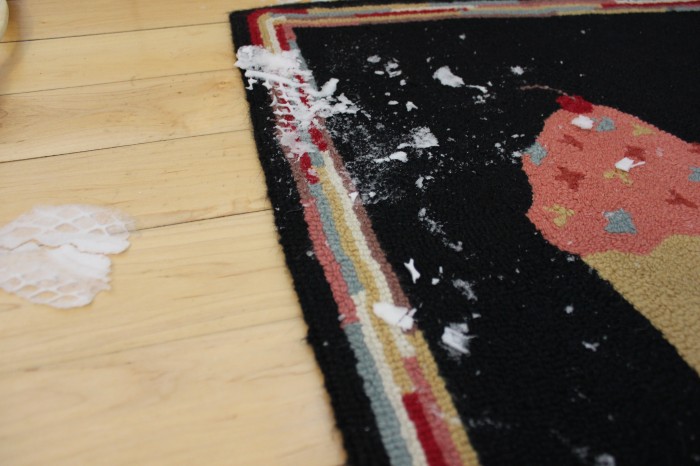 Here is something you hardly ever see in the part of California I’m from, snow on the floor! You would think that you would need to clean it up!  But you don’t! (At least if you’re me you don’t!)  One of the good things is, when the heat is on, snow that comes off your shoes dries in a snap and you don’t have to do a thing!  And that’s my day girlfriends.  Back to work.  Hope you enjoyed our blizzard, it’s a beauty, still going on, prettier by the moment . . . and I really hope it’s just this “bad” for everyone, and no worse! 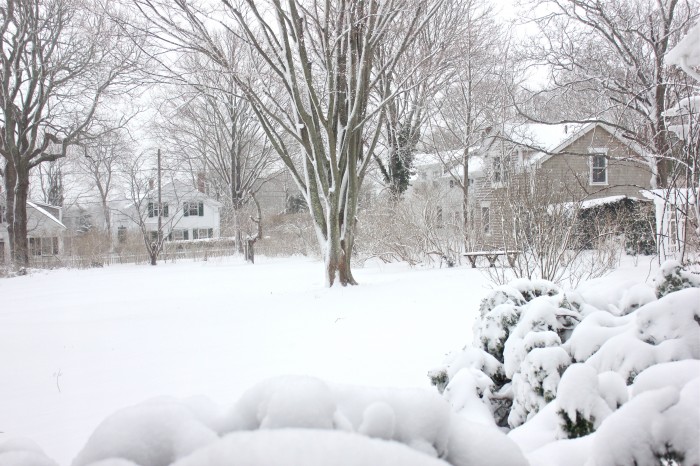 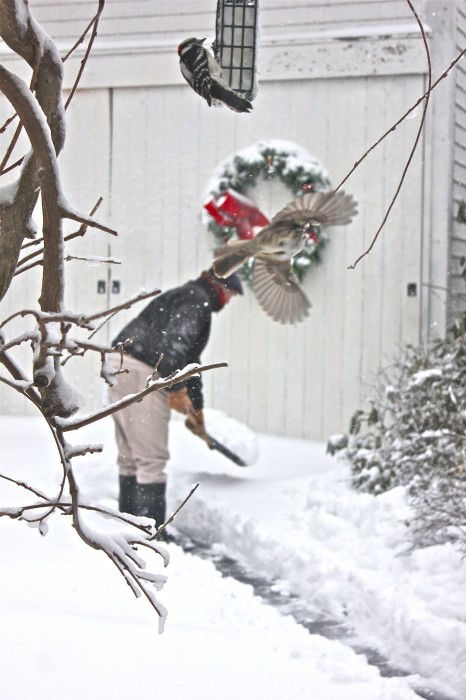 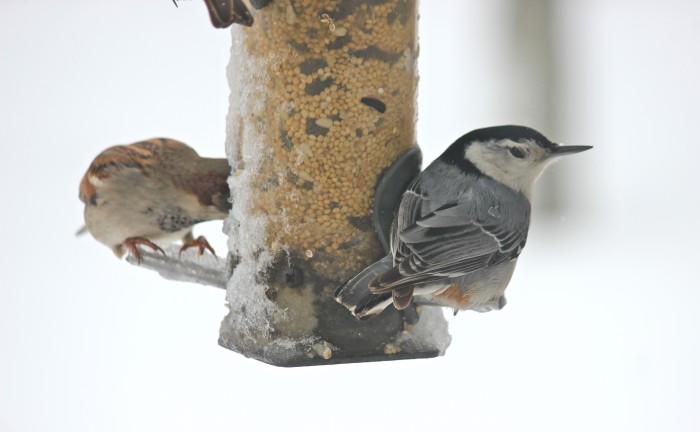 Look at this cutie! 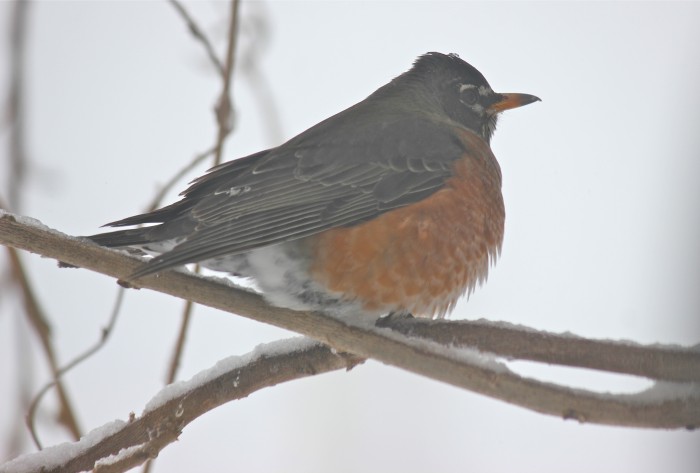 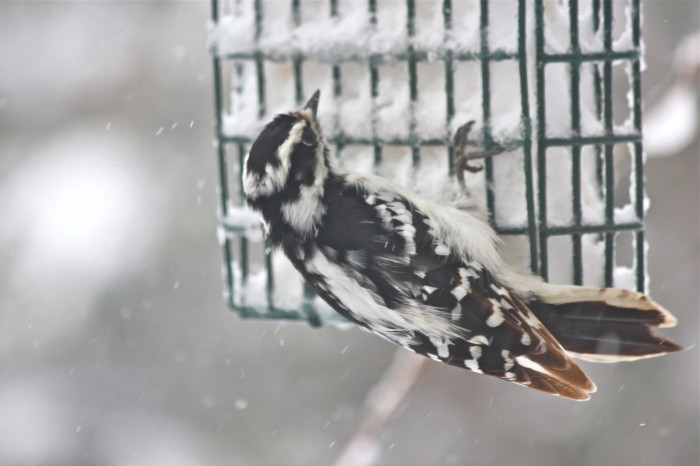 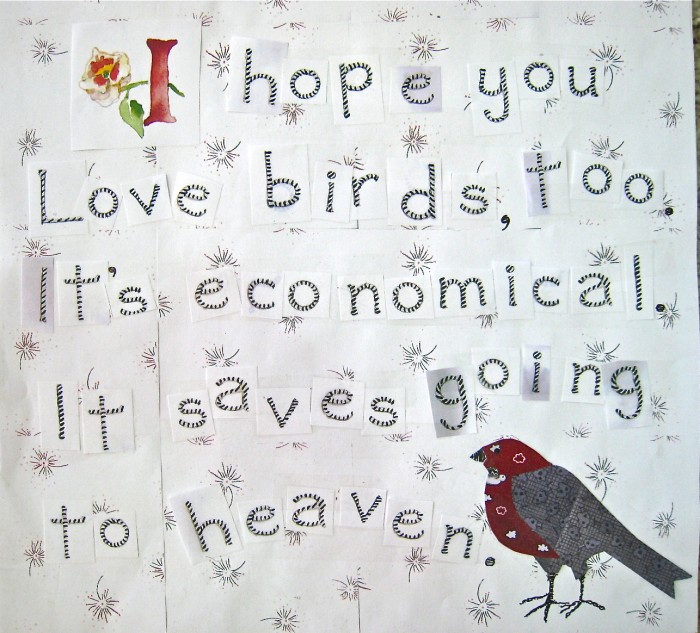 Well, all my excuses are gone so bye for now girls! Hope you have a wonderful day!  Don’t forget we have a new Willard coming next week!  Love you, me   xoxo

This entry was posted in Blog and tagged Blizzard Nemo, feeding birds in the snow, Martha's Vineyard snowstorm. Bookmark the permalink.

736 Responses to “Powerless” on Martha’s Vineyard