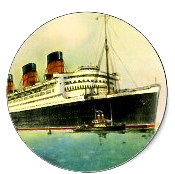 Good morning! By the time some of you read this, I will likely be standing in line at the ships doctor to get an injection for seasickness. Yes! The ships doctor! We leave today! And word on the street is that we are, eeeek, going into 50mph gale winds and high seas, and all that other kind of wording that sends stabs of trepidation into my stomach. HOWEVER, onward and upward, off we go full speed ahead! Pray for us! Homeward Bound!👏

I got up early this morning to say good bye and because I just couldn’t leave without a quick explanation of what’s going on with my last post. Right now, there are 969 comments in moderation waiting for me to read! Shocking number! So far I’ve been able to read and comment on almost the same number, 921.  Some of you that have written may wonder what has happened to your comment and I didn’t want to go off without explaining. I’m going to have to close my computer this morning, and it’s very likely it won’t work for me again until we get back home, which is a couple of days after Thanksgiving. They say there is “Internet Service” on the ship, but if there is, it’s from 1865 and only 3 people can be on at one time ~ is my experience of shipboard Internet. It also may seem to some that I pick and choose which comments to answer, but the reason it might look that way is because the comments show up, last ones, first. So if I go to bed with 300 comments waiting, when I wake up, those 300 comments are at the bottom, and 400 more are on top of them, so I just go with whatever is in front of me and work down until until I can’t anymore (because of things like having to sleep, or packing, or the frown on Joe’s face when he sees me on the computer for many hours). So that’s the situation right now. No one has been deleted, those that don’t see your comments, are still in “moderation.” And that will be true for the comments you leave on this post too, I probably won’t see them until I get home ~ and by then it will be time to get the Christmas tree, and write a new Holiday Willard, and all of this will be old news.

I will also add, in case you decide to read the comments, it’s become a much bigger discussion than I ever imagined, most of the comments are wonderful. Some aren’t so wonderful. Be careful of your heart. I suggest you go watch an old movie or cook something afterward to get rid of political cobwebs. I tried, with every good intention, to talk about how Americans are being divided, that no matter who is president, nothing seems to change, except things get worse for the middle class. I tried to say we are all upset about the direction things are going, not just one side or the other. I pointed out it didn’t used to be like this, we used to be able to disagree, and still like each other. Divide and conquer. United we stand. These are truisms to take to heart. 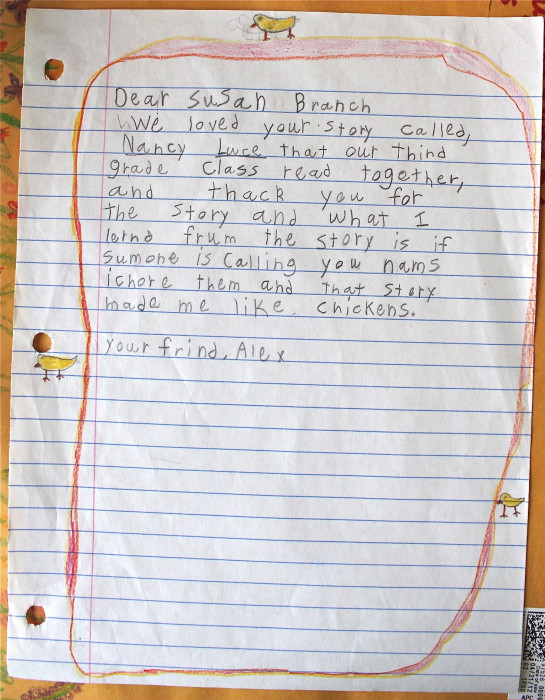 But as you’ll see, a few Girlfriends, who have been longtime readers of mine, even good friends, have “unfriended” me because I talked about election specifics. I probably made a mistake by telling who I voted for and why I chose her over the other guy. I was naive. I thought I could do that in this country, especially because of our years together, and all we have in common, and everyone would still like me. Don’t worry, I keep what is worth keeping, and with the breath of kindness, I blow the rest away… 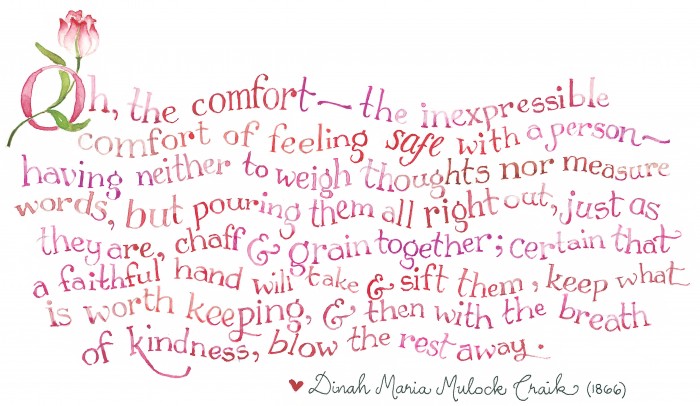 My cup, I want you to know, is more than half full. From BOTH SIDES, both Republicans and Democrats, and those that are neither (like myself, by the way, a long time registered Independent), have sent supportive messages for which I am SO grateful. It does hurt to have people so mad at me. Some are upset because they considered this blog their “happy place” and for them I have ruined it by inserting politics. I’m sorry for that. I don’t intend to keep this up when I get home, but I saw something, like when I go on a walk, or make a pie, that I wanted to share with my girlfriends. I’m not asking for us to agree on everything, I’m asking us to look at what is happening to us.  Families and old friends are being torn apart. Its wrong. 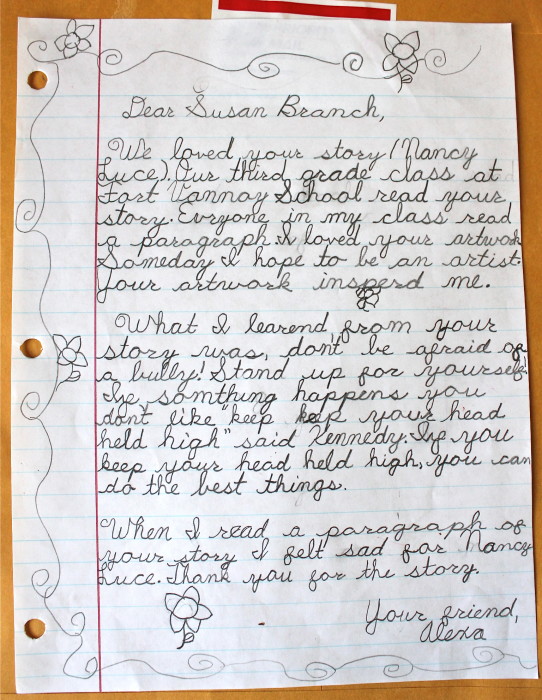 The photos of the women I put in that post are there to show how much we have in common. If you found out one of them was a Democrat or a Republican, would you instantly hate them?  Thank goodness that has never been part of my agenda.  I think we 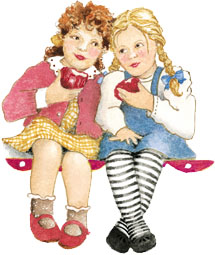 Americans are amazing, all of us, and it breaks my heart to see what’s happened in the last 25 years. While we have been goaded into hating each other by the rich and powerful in this country, by corporate media, fake news and shock jocks, lobbyists, and many of our government leaders, the powers that be have been getting away with murder. Follow the money, who is profiting from us not getting along? It certainly isn’t us. We’ve been dragged into two wars (unpaid for, on our backs, they made millions maybe even billions on that war), they have sent our jobs overseas, turned our small towns into ghost towns, let our bridges fall down, and let the banks run away with our tax money, our homes, our retirements. They have decimated the middle class. And where has all that money gone? Look how many billionaires there are now. Now, they want to get rid of health care, because the insurance industry, the drug industry can’t make as much money on us, that IS the reason. It’s not perfect, what we have, but neither was social security when it started. It gets tweaked. But the Congress WON’T do it. They want it to fail. And it’s OUR money. Watch how they keep taking things away from us in order to please the corporation lobbyists. And, while we argue among ourselves, they line their pockets with our tax money. It’s a true thing. But some people, for some reason I cannot fathom, do not want to hear it, bigtime. Hence, we have some rather vitriolic responses. 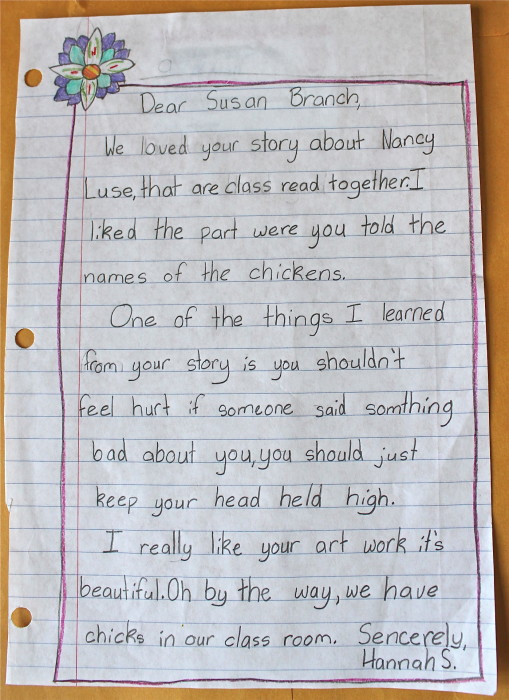 I am sorry from the bottom of my heart if I have offended anyone. Truly I am. I just thought I would shine my little light on this thing I am seeing. In many countries across this planet we all share, citizens are being put into prison and killed, simply for disagreeing with the people in power. It could happen here. This anger, blaming and vitriol is the first step. Demonizing the press? Isn’t that like Nazi Germany? Next comes … what? Violence? Is that really where we want to go as a nation? Is that our vision for our children? If someone tells you your neighbor is no good, tell them to take a flying hike off a rolling donut. K? OK, I’m done. That’s all I wanted to say. I love you, I’m sorry for anyone that I hurt with this. You’ll never know how much in my heart I want to help. That desire has been with me since I was five years old and I can’t help it. 💞 Wish me luck on this rock and roll of a ship. I still have lots of England I can’t wait to share with you when I get home. And Happy Thanksgiving!  May your hearts be filled with the spirit of this lovely season we are about to embark upon. 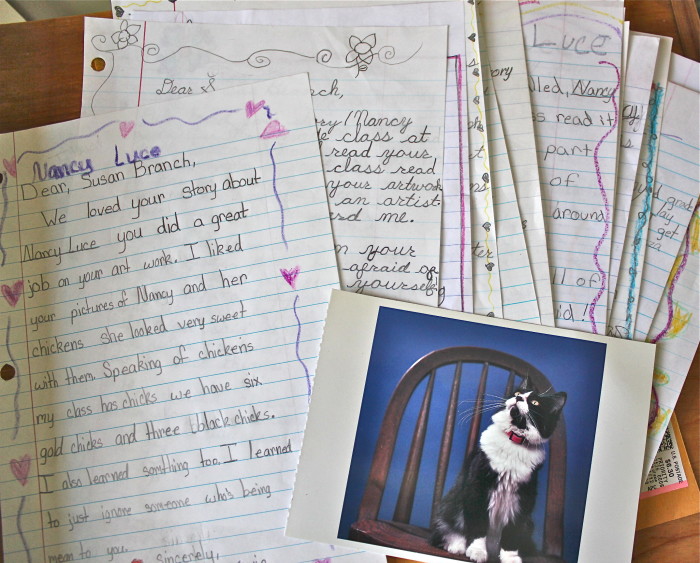 PS. The sweet letters in this post are from children who wrote me after their teacher read the story I wrote about a Martha’s Vineyard woman who lived in the 1800s named Nancy Luce . . . in case you were wondering.

This entry was posted in Blog. Bookmark the permalink.